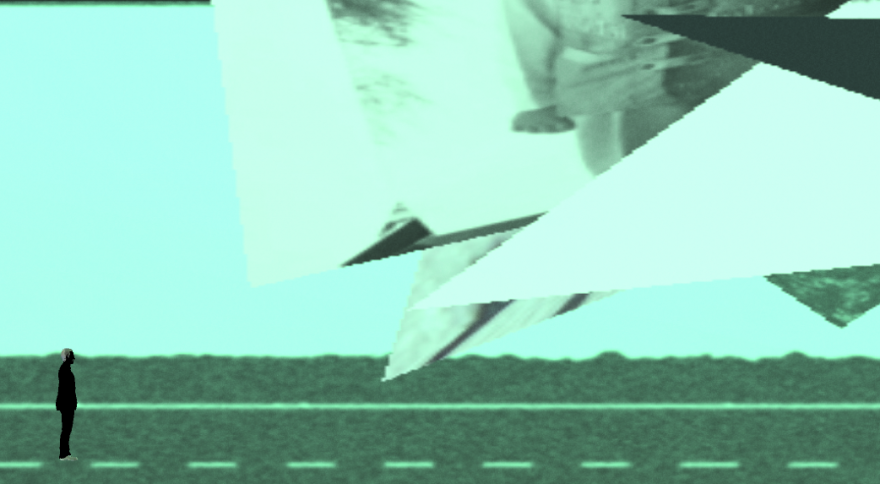 Some songs stay with us, permanent signposts along the pathways of our memory. We revisit them in different contexts as time goes on, hearing the bass line or the lyrics or the production anew, reflecting on the significance of the moment from the comfort of the familiar.

Ansh Patel, an interdisciplinary artist who received his MFA in game design from NYU’s Tisch School of the Arts, recently released an experimental “interactive poem” on itch.io that he calls his “most explicitly autobiographical work,” combining fragments of memory with the music of Joy Division.

“appealed to the unrelenting burden of expectations I felt growing up”

Set to the 1979 song from which it takes its title, “New Dawn Fades” was made using the Unity engine to transform “memory into a texture,” says Patel. The track comes from the seminal post-punk group’s debut LP, Unknown Pleasures. The playable version of the video requires users to hold down the spacebar in order to progress forward through time, with the 2D player sprite growing accordingly, save for the occasional regression into the patterns of youth. “Intermittent splashes of color flash in sync with the audio waveform of the song,” Patel says, echoing frontman Ian Curtis’s lyric: “Different colors, different shades . . .”

Inspired by Nina Freeman’s Cibele (2015), Patel wanted to explore his own past through an interactive medium without being overly voyeuristic, so as to let the viewer recall some of their own memories as part of the experience. “There’s a certain malleability to the pathos that Joy Division evokes,” says Patel. “At many points in the song, Curtis is talking about a variety of things—his failing marriage, his anxiety on stage—but as a listener, I always [interpreted the meaning] in terms of the things that were weighing on my mind. When I discovered it in my teens, the song appealed to the unrelenting burden of expectations I felt growing up in a highly competitive schooling environment in India. There’s something about their music, particularly ‘New Dawn Fades,’ which appeals to aspects of the self that feel wronged by the world in some way.”

Find out more about Patel and his work at the artist’s website. You can play New Dawn Fades in your browser.