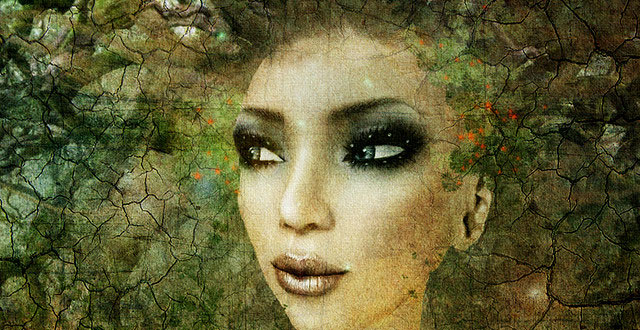 The idea of gender bending suggests a person’s sex can be expressed by clothing, makeup, or accessories. It’s not uncommon to form basic assumptions based on appearance, but it’s strange to think that superficial changes in dress can actually affect a person’s behavior. If a man is more likely to behave in a feminine way by virtue of wearing a skirt and some lipstick, just how much of his masculinity is a performance derived from the costume of jeans, T-shirt and baseball cap, all drawn from shades of blue, gray, or black?

A recent study, “Do Men Heal More When in Drag? Conflicting Identity Cues Between User and Avatar” by Nick Yee and Nicolas Ducheneaut, investigated a surprising phenomenon in World of Warcraft. Not only are men significantly more likely to play as women characters, but their behaviors when playing as women also change. I spoke to Yee about his findings and what it could mean for our understanding of gender in games.

Your work shows that men tend to play as characters of the opposite sex in World of Warcraft, and by an overwhelming margin. Why is this?

Many researchers have pet theories, but there is no convincing empirical evidence for them. What we do know is that when you directly ask male players, they typically give practical or instrumental reasons rather than deep-seated psychological reasons. By far the most common response is, “If you are going to look at someone’s butt for 20 hours a week, it might as well be a butt you enjoy looking at.” Another reason is that female avatar design is given more attention than male avatar design, because most games are made by men. Thus, female avatars end up looking more fluid and attractive. This also helps explain why women don’t prefer to use male avatars.

This is a contentious issue even among academics because it’s difficult to objectively tease out the underlying cause. One critique of the “stare at butt” theory is that asking men this question essentially forces them to produce a socially acceptable answer; they’re “producing” gender, in other words. As an example, no man is going to say that they gender bend as a means of dominating a female body even if that were the case, which is a feminist theory that has been put forth by Allucquére Stone. This theory is made more disturbing by the fact that in many games, female avatars make lots of “being beat up” grunting noises.

Also keep in mind that there likely isn’t one single reason why all men gender bend. And we may in fact be asking the wrong question. Perhaps the real question is: why don’t women gender bend much in online games?

How does playing as an opposite-sex character affect a male player’s behavior?

In a recent study, we examined how male and female players in World of Warcraft behave in the game when they gender bend. We found that players conform to the stereotypes associated with their avatar’s gender. Thus, while there is a pervasive stereotype that women prefer to heal in MMOs, we found that this wasn’t actually true. In WoW, men and women have the same proportion of healing to damage done. Where we did find an effect was with avatar gender. Female avatars heal more than male avatars. What we found is that when people gender bend, they conformed to the expectations of healing. In short, a false stereotype is made true in a virtual world via play. We often think that virtual worlds free us from norms and gender roles rooted in the physical world, but this data point shows us that virtual worlds can exaggerate and reinforce gender stereotypes.

“This is more of a social issue than a ‘hard-wired brain’ issue.”

Are there differences in why women play as opposite-sex characters when compared to men?

There is no good data on why. We only know they do it much less often. One interesting theory, from reading player responses to this issue, is that avatar design currently favors female models because most developers are men developing games for men. Women perceive male avatars as less-well designed and animated. Or, put another way, female avatars are designed for male consumption, but male avatars are not designed for female consumption. Female avatars are also treated better, given more free gifts, invited to groups more often, and kicked out of groups less. But many players have also noted that female avatars aren’t taken seriously and are sexually harassed, so it’s not clear there is a net gain here.

Do women behave differently when playing as male characters?

We see the same effect as observed with the male gender benders. Women also conform to expected gender roles.

What affect does age have on the interest in playing opposite-sex characters?

Among women, there is no age difference. Among men, older men gender bend more often than younger men. It’s not clear whether “interest” is the right word here, though. It might be that older men are more comfortable with their sexual identity, whereas younger men are more hesitant to cross gender roles.

Are there differences in the way male and female characters are valued in the game, as teammates or competitors in PvP?

Ted Castronova actually did an economic study of this. He compared the selling prices of male and female avatars in EverQuest. He found that male avatars were valued higher then female avatars. It’s not clear how this translates to in-game differences though.

You’ve said there is a need to create games that appeal to the “female brain.” Where does World of Warcraft sit on the continuum between appealing to the male and female brain?

I actually don’t like this “brain” talk. Gender differences in gaming are not as big as people make them out to be. For example, the desire for achievement in games is better explained by age than by gender.

Also, it’s important to keep in mind that social places and systems can discourage participation from particular groups. The avatar design is a good example of this. Female avatars are designed for lustful male consumption in most MMOs, like the bouncing female-night-elf idle animation, for example. It’s not hard to see why being in such virtual bodies may not appeal to women. This is more of a social issue than a “hard-wired brain” issue. I think gender ratio is a good indicator of gender balance in interest. Environments like Second Life have almost 50-50 balance. In WoW, and most MMOs, we typically find 80-20 balance.