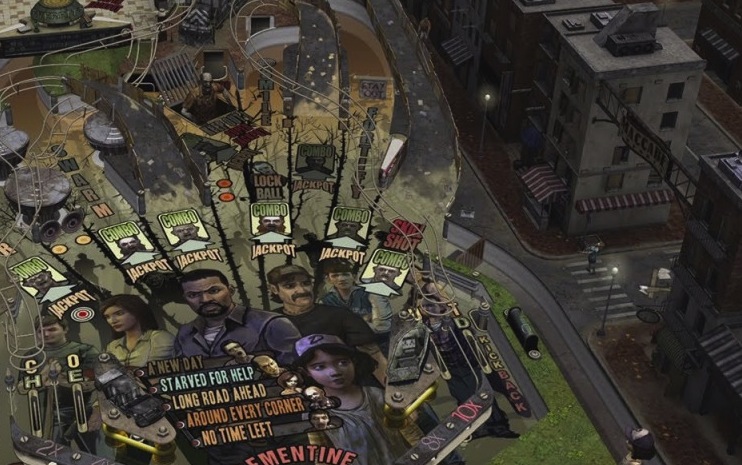 In one of the most unlikely crossovers yet, Telltale is bringing their trademark zombie apocalypse-inspired moral choices to the pinball table. You won’t just be shooting the silver ball off bumpers to crush the undead then up a ramp to load Kenny’s pickup when the game comes out later this summer. The virtual table by Zen Studios will have legitimate crises of conscience, where you making decisions about who to save and who to leave behind for zombie fodder, just like the acclaimed adventure game.

This is great news if you long to return to those bleak but content days of Season One when you reared a curly-headed surrogate daughter, even if it is only in the form of a pinball game. But a tiny part of me wonders if this doesn’t show that those meaningful moral choices weren’t so significant. A pinball table only makes them seem more binary and mechanical than they were before—but then, you’ve heard this before. Is this proof it’s time to put a fork in them?