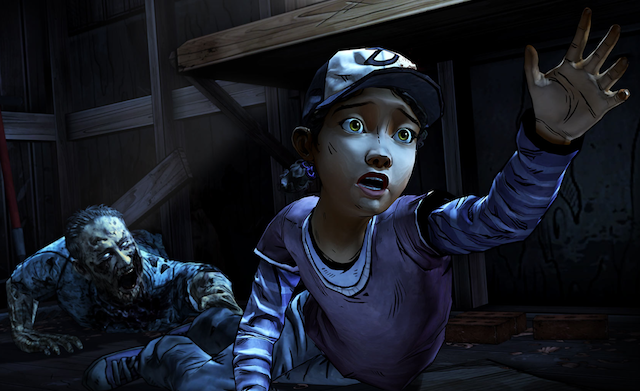 By now the first season of The Walking Dead in my memory is a blur of consistent bickering, uncalled for cannibalism, and mobs of white trash that I feared and despised even more than those who had been zombified. This is why I can’t wait for season two. Well, that and because it was an incredible leap in the evolutionary path of the adventure game.

Now that it has been revealed that the much-anticipated followup is coming soon on December 17th, a couple of things have piqued our interest. As you well know, the series uses telemetry data to track the choices you make as you play, and that data will carry over to affect the story in season two. Considering the way things ended, we’re anxious to learn how it will translate.

Another thing that we’re curious to find out is how the game will be structured. It is known that you will be able to play as Clementine, the little orphan girl than stole the Internet’s heart and turned us all into caring virtual surrogate fathers last year. However, it’s not known if you can play as others as well, as you could in the stopgap 400 Days episode, which fragmented the game into various chapters based around several different personalties, a la Pulp Fiction. There’s a lot to look forward to with this one.