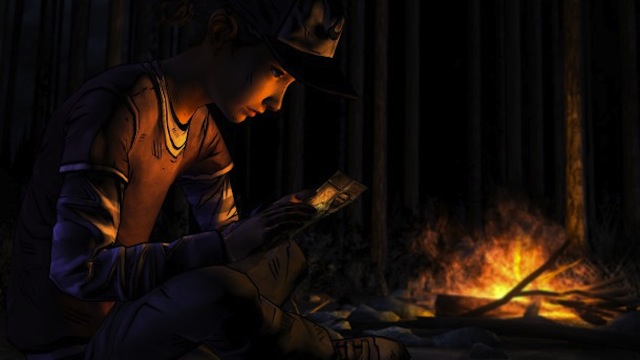 The Walking Dead game has this thing with vulnerable protagonists. The first season was played from the perspective of an ordinary black man—which is great. In season two, available later this month, you are cast in the role of a helpless female grade-schooler with a purple backpack—again, cool. But this is a slippery slope, as Telltale is squeezing every drop of tension from the plot by placing outmatched personages in risky situations. What’s next, a lost and lonely ovum?

The narrative designer Mark Darin revealed that that is exactly what they’re up to in an interview with PC Gamer yesterday. “The core of this whole game, too, is making [Clementine] the opposite of a space Marine. So, she doesn’t have different guns. She doesn’t have special powers. She’s not super-oddly strong for a young girl. We really try to make you feel like you are a young girl in the zombie apocalypse.” While running from cankerous cadavers as a child who is homeless will certainly have me sleeping with the lamp on, this strikes me as a little too obvious.

One criticism of the first season is that grizzly choices were forced on you too frequently. We’re talking about a game where hacking off the leg of a guy who stepped in a bear trap or letting him be eaten by zombies was a nonchalant decision, relatively speaking. And it sounds like there is plenty more where that came from. “A lot of Clementine’s biggest struggles are going to come from . . . interacting with people, and that space that you have as a young girl dealing with new people that you’re meeting. How do they trust you? Do you trust them? What level of manipulation is going on, and how do you perceive those things?” says Darin. Oof! Internet, get ready to test your mettle.