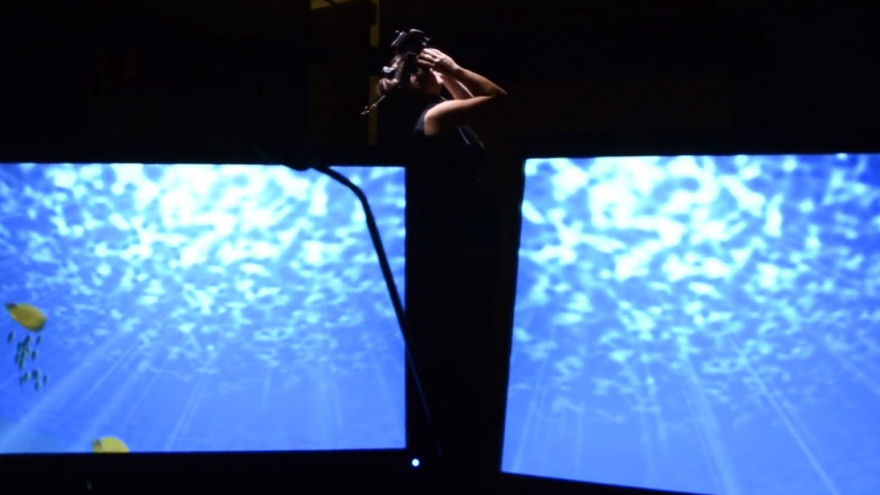 With the advent of VR, we tend to think of the concrete entertainment possibilities that await us like climbing Mt. Everest, riding roller coasters, or walking in a giant mecha. But with the impact of VR extending to other fields like medicine, a whole range of new possibilities await. Jeremy Ballenson, founding director of Stanford University’s Virtual Human Interaction Lab, and his team what you to think about the environment in a different way.

Teaming up with with fellow Stanford marine scientists Fio Micheli and Kristy Kroeker to design a virtual replica of a rocky reef around the island of Ischia off the Italian Coast, Ballenson has created a VR experience that shows the effect of pollution on the environment and detailed the process in the San Francisco Chronicle. In real life, underground volcanic vents pump carbon dioxide into the reef and researchers can extrapolate what increased fossil fuel use might do. In virtual reality, however, participants can watch this happen in real-time and see the wide devastation of this beautiful reach.

The Virtual Human Interlaction Lab has performed similar experiments before. In one study, subjects wore the virtual reality helmet and cut down a virtual tree. The experience caused them to use 20 percent less paper in the real world on the day of the study, compared to those who only read about cutting down a tree. In another, participants took a virtual shower and were forced to virtually eat coal to demonstrate how much energy would be consumed to heat the water. The coal-eating participants ended up using less water.

The goal is remove the barriers to action around big issues like climate change or pollution. “If you show people the consequences in virtual reality, it makes them rethink their physical behavior,” Ballenson says. “With pollution or global warming, we can use virtual reality to make the human impact on the environment less abstract”

Daniel Gilbert, a professor of psychology at Harvard, has argued that since global warming, for example, doesn’t take a human form and moves so slowly, our minds have responded by normalizing it. He writes that “it fails to trip the brain’s alarm, leaving us soundly asleep in a burning bed.” Robert Gifford, a professor of psychology and environmental studies at the University of Victoria in Canada, echoes that refrain, arguing that abstraction leads to helplessness: “If I had to name one, [problem] I would nominate the lack of perceived behavioral control; ‘I’m only one person, what can I do?’ is certainly a big one,” he told TIME.

Ballenson says VR can help bridge the gap and create meaningful change. “Virtual reality can give everyone, regardless of where they live, the kind of experience needed to generate the urgency required to prevent this environmental calamity,” he wrote. I sure hope so.