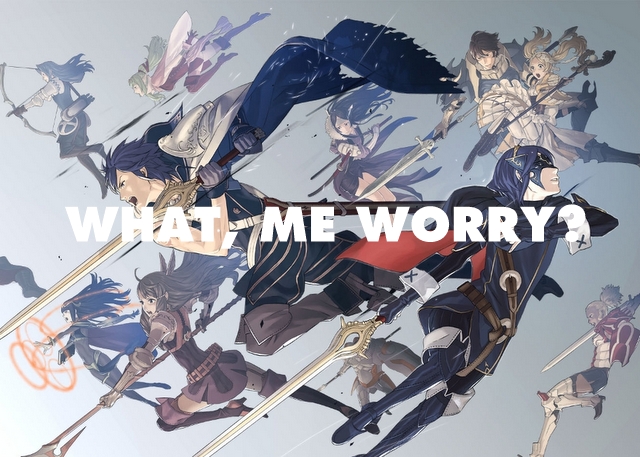 Fire Emblem: Awakening was greatly anticipated at the Kill Screen offices. In fact, it still was until just a few days ago, nearly a week after its official release. Many physical retailers had not received their copies by last Sunday, February 4th, due to a shipping delay. Numerous parties involved gave their two cents: Nintendo claimed the fourth was always the “shipping date,” not necessarily when stores would have it on shelves. GameStop said they only ordered enough to cover pre-order, with walk-ins needing to wait until Friday the 8th at the earliest. Even Amazon initially had a disclaimer on their order page, warning product might be late arriving.

By itself, it’s a non-story: Modern distribution practices are complex machines, and it’s shocking how smoothly the process normally is. But with publishers forging deeper into digital distribution over the last few years, this minor hiccup speaks to the slowness of the transition, with customers still relying on brick-and-mortar stores for access to games available elsewhere.

But if customers can download the game, why does a delay even matter?

Game enthusiasts are prone to myopia, as are bibliophiles and philatelists and Parrotheads. So it’s easy to forget that, for the vast majority of people buying games today, The Store is where games live. Physical retail still outpaces digital sales by a far margin. Of course that distance is shrinking every month. But for many, a shipping delay means their only source has been cut-off, regardless of other options availabe.

This is why I think Nintendo is secretly happy with this accidental, not-on-purpose delay.

It’s easy to forget that, for the vast majority of people buying games today, The Store is where games live

Though available on store shelves now, Fire Emblem: Awakening was instantly available on launch day to be downloaded directly onto your 3DS through the handheld’s digital storefront, the eShop. The game sells at full price, $39.99. You can’t delete a file on your SD card and get any trade-in value towards a cheaper price. You can’t sell back your digital copy to Nintendo after you finish. You can’t even remotely share your copy with a friend or a sibling’s 3DS; they’ll need to buy their own.

Many point to these as reasons they won’t download retail games. They’re too expensive. Can’t sell them back. Can’t share them. Nintendo points to the benefits as mitigating factors: the convenience of always having your game on your system; you can’t lose the tiny card the physical game ships on; you save storage space in your house without that bulky case.

Also, as in any store, the owner and operator of that space takes a cut of the sale. GameStop takes a slice of your $40 or $60 purchase, just as Best Buy and Amazon does. Download a Nintendo game from Nintendo’s digital store and your money has just one place to go.

Sony and Microsoft have done a much better job this past generation informing their customers of how and why to buy games (and add-on content) online. Microsoft launched their Games On Demand service, allowing you to download full retail titles for Xbox 360, in August of 2009. The first full retail game offered for download by Nintendo was New Super Mario Bros. 2 for 3DS, released this past August, a full three years later. And of course iOS and Android devices are all digital, all the time.

So Nintendo customers are less likely to understand the process. Fire Emblem: Awakening was also the first Nintendo game ever to feature Downloadable Content at additional cost when it released in Japan last April. After years of pushing against this now-common practice, the Japanese giant finally relented. And a ravenous fanbase bought extra maps and characters like hungry children buy lollies.

Now Nintendo brings their Fire Emblem: Awakening DLC to the west with weekly add-on maps and additional challenges planned for the future. (The first extra mission is available for free until March 4th.) If you couldn’t buy the game at the store upon its release, and couldn’t wait, you had to learn to download it from the eShop. Now you’re connected. You’re familiar with spending digital cash. Which will help you spend more of it in the future.