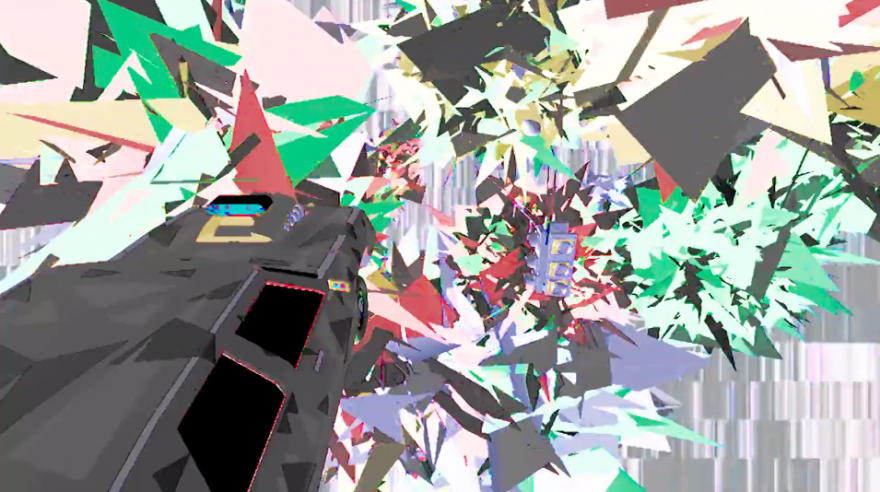 The song is called “Radiation Therapy” by a noisecore artist going by the name of Wolfshirt. (Googling produced no additional information other than this superlative entry on Urban Dictionary: Wolf shirts generally possess an almost magnetic effect on women; who as if under a spell, cannot quench their insatiable lust for a man in a wolf shirt.)

However, we do know this dazzling transmutation of a car with hydraulics into polychromatic shards was created using the game engine Unity at something very similar to a game jam for animators. It’s perfect for the end of a long Monday. So, watch and let your mind go.