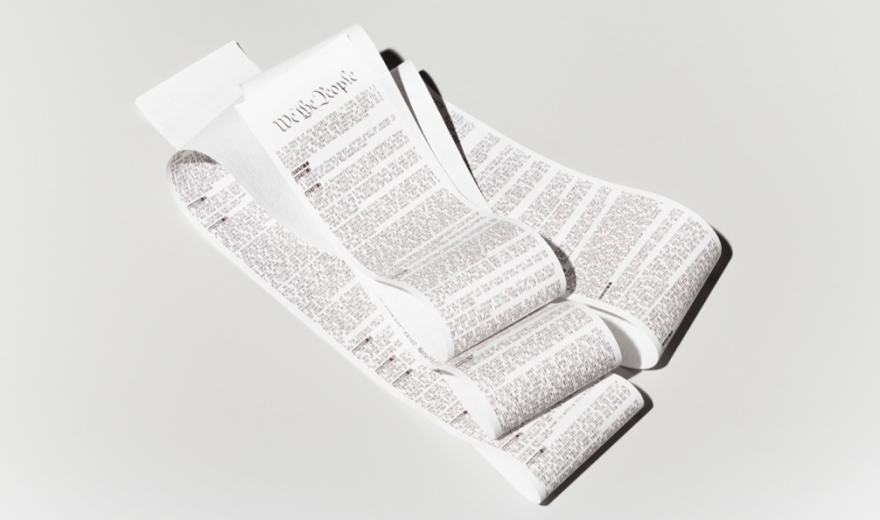 There’s something startling about seeing a document with the reverence of the US Constitution scrolling out of an everyday receipt printer. And this art project by Thibault Brevet bores into that patriotic nerve. Revealed at SXSW, the CONSTI2GO is a small electronic device that lets anyone reproduce the noblest of American documents and let freedom reign with the push of a button. It’s that easy.

This is not exactly the dream key-ring utility for red-white-and-blue bleeding patriots, I don’t think. This smacks of sarcasm of some kind, though I’m not sure which. Brevet previously created the DRM Chair, a wooden chair that breaks after the eighth time you sit on it. So we could probably safely assume that there is some kind of political statement being made, be it echoes of Occupy Wall Street or something else. But I’ll let “We the People” written in tiny smeared black print on a sheet of paper that would ordinarily hold the inflated cost of milk speak for itself.