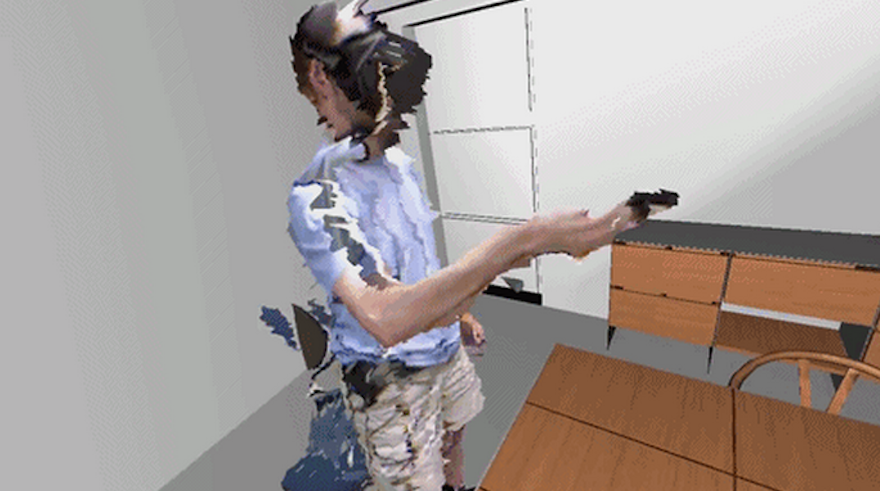 Microsoft might be revising their vision for the Kinect by removing it from the Xbox One, but the motion-tracking camera still has a bright future in creating spooky, immaterial OOB experiences, apparently.

As you can see in this reality-splitting YouTube video, a long-time VR developer has concocted a way to put a projection of his real body inside of virtual reality via three first-generation Kinects and an Oculus Rift, naturally. And the results are fascinating, even if his shadow self looks a bit squiggly and low-rent. You can see the incorporeal form of Oliver Kreylos waving its digital hands before its face, sitting down at a virtual table, and open computer menus while standing across the room from itself. Combine that with virtual worlds and VR treadmills and automatons that simulate other living beings and the future is looking bizarre.