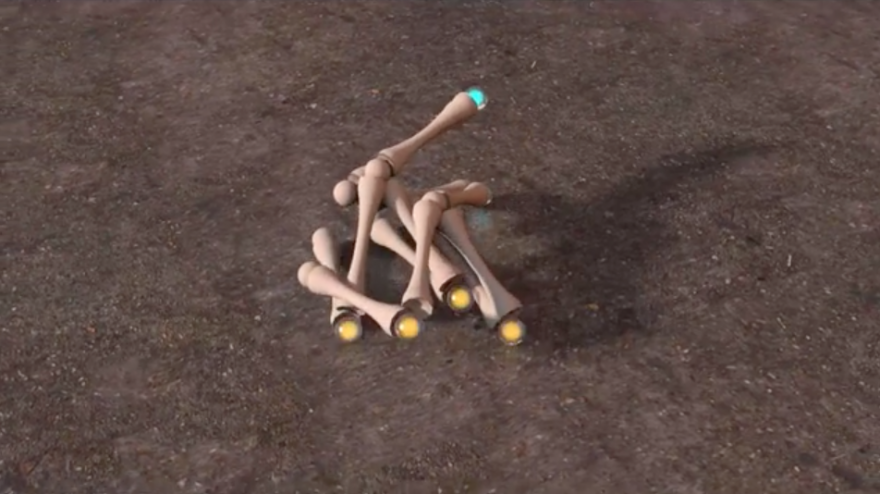 No, Tunzelbots are not props from a David Cronenberg film. They are tiny, skeletal robots by Eugénie von Tunzelmann that evolve, and learn to jump, and look really creeping doing it. It has bendable joints, and produces offspring that can adapt different traits, like sometimes freakishly growing an extra limb. This is done by way of evolutionary programming, which sounds like an idea we’d like to see implemented in games. Keep in mind these bots have no way to actually reproduce on their own, but has to be simulated on a computer, thank Christ, or else we would be dousing them with kerosene at this very moment.