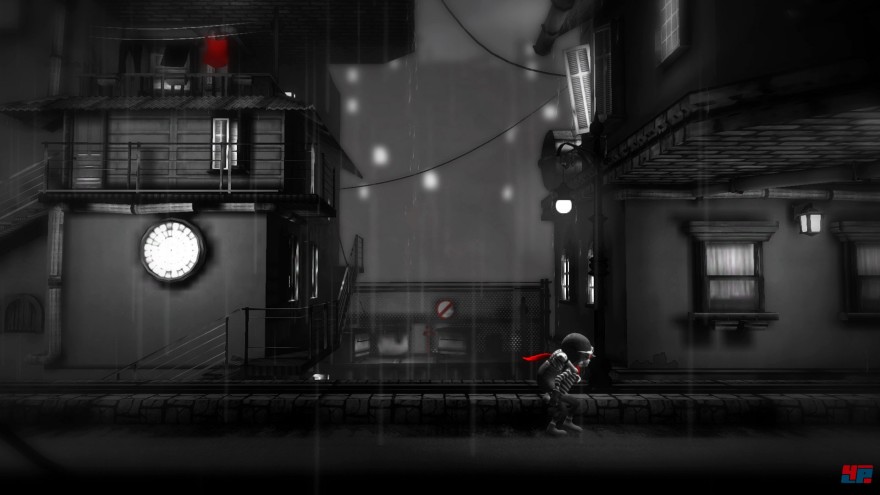 You might remember Monochroma as the poignant demo released last year by Turkish indie developers Nowhere Studios. It follows the tale of two brothers who must survive in a world of industrialized tyranny. The latest teaser continues to paint a striking gray-scale backdrop for the alternate-reality 1950’s urban dystopia. Punctured by the occasional, conspicuous use of vibrant red (perhaps á la Pleasantville), the game’s black and white artwork recalls some of the era’s classic mediums.

As a puzzle platformer with no dialogue, cut scenes, or in-game text, you might be wondering what this teaser trailer even has to do with the game. Nowhere Studios hopes the trailer might inspire viewers to explore the game’s heavy, meta themes. As a game that “questions the very essence of playing a video game,” Monochroma seeks to comment on the nature of media consumption and control societies in the “age of computation.” According to their Kickstarter, the game’s lack of explicit narration requires that the player be “actively involved to understand the narrative,” so that “the story itself becomes part of the puzzle.” In an exploration of systematic control and media, asking viewers to work a little harder to understand their message starts making a whole lot of sense.

Monochroma is also a project that empasizes social responsibility, with inspiration from the 2013 Gezi Park Protests as well as the developer’s own memories of moving to Istanbul as a child. Nowhere Studios has promised to donate $1 to Save The Children for every sale on their website. In addition, they will also donate 15% of their Turkish revenue to a charitable organization for homeless children.