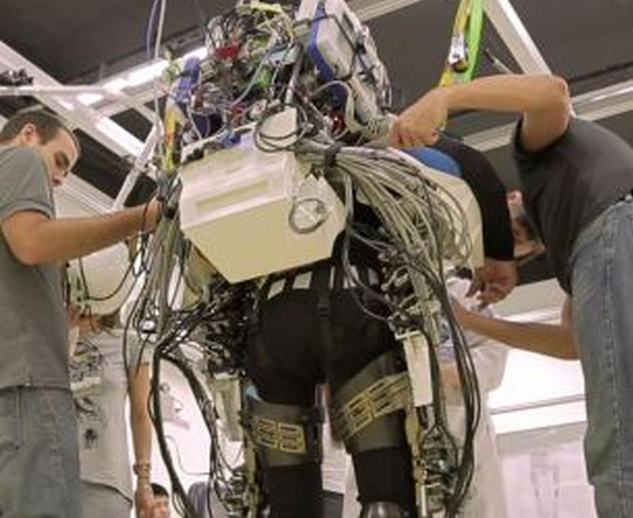 And while the punt decidedly lacked umph, I must say his opening kick was much better than 50 Cent’s opening pitch, so make of that what you will. Back in the fall, we talked about how a team of Duke neuro-engineers had built the metal husk controlled by neural signals that the man was wearing, which is beyond impressive. When you think about the potential that this represents—that one day paraplegics may be able to participate in sports like the rest of us—it’s one small kick for a man in Brazil, one crushing 70-yard punt for mankind.