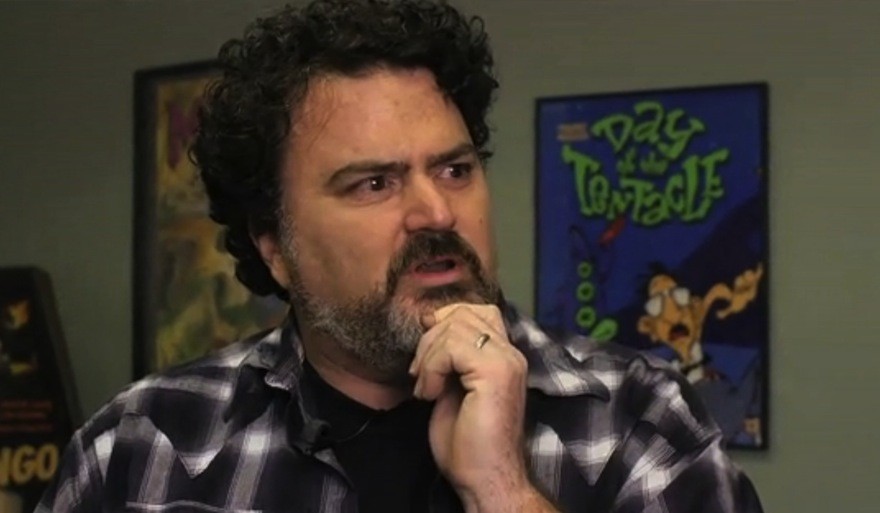 Every year, Double Fine hosts its internal game jam competition Amnesia Fortnight. They usually film it too, because let’s face it, Tim Schafer looks great on camera. This time around they put together a short documentary to placate their charitable fans, giving us a look-see into the game-making process, which is actually just some guys hunched over a computer and not that interesting.

But what’s always compelling are the game design philosophies of great game designers like Schafer, and also of his pal Pendleton Ward of the Adventure Time cartoon series.

This video is full of clever gems like this one from Tim:

[I’d like] to defend chaos. If you know exactly how your game is going to turn out, then the process won’t be fun for anybody. It’s not art anymore if you really know. There’s got to be some element of chaos.

And I swear Ward nearly gets choked up talking about the potential games have to put players directly in the narrative (at around the 11:30 mark).

I love that heightened emotional—What’s the word? Where it just washes over you—that games give you.

Watch the whole thing and I’m pretty sure you’ll leave feeling delighted and enlightened about games.