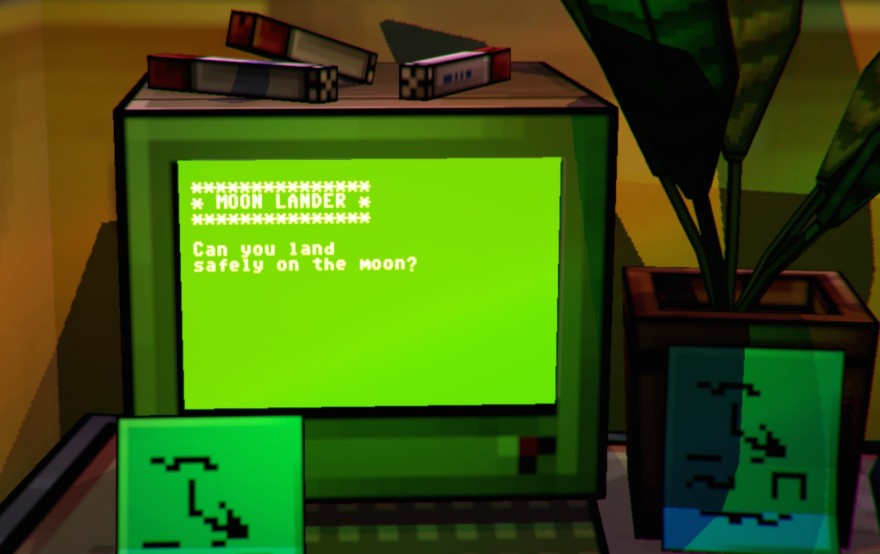 else { Heart.break() } might have an un-googleable title, but that’s only because its life and blood is hacktivist culture. So, if you think about it, being “off the grid” kinda makes sense thematically (if not economically). Or maybe not. I dunno. I don’t really have any clue what hacking looks like/entails.

As the latest project from the creators of Blueberry Garden (winner of the 2009 Independent Games Festival award), else { Heart.break() } has remained highly anticipated since it began development three years ago. With the release of its first trailer, we’re finally getting a more in depth glimpses into the game’s rough-edged yet “expansive” 3D world.

Mirroring the creator’s real life town of rainy Gothenburg, Sweden, the in-game town of Dorisburg appears just as water-logged, pristine, and, well, Swedish as the original. But unlike Gothenburg, Dorisburg is “a place where bits have replaced atoms.” With a similar concept to upcoming Blendo Games’ Quadrilateral Cowboy, the idea is that the modifications you input into a computer cause tangible effects in the game world. Which is useful, since in else { Heart.break() } the player finds himself caught in a battle for the city between his hacktivist friends and the more nefarious group of people who already rule Dorisburg.

Though it’s described as a point-and-click adventure, with everything form give-x-person-y-item puzzles to knock-out-z-person-so-you-can-steal-his-shit puzzles, the heart of else { Heart.break() } is being able to explore “a meticulously simulated city, with people that feel truly alive.” According to one Gamasutra interview with creator Erik Svedang, the game “is designed to encourage free-form roleplaying where it should be fun to just go for a walk in the park, smoke a cigarette or visit the casino. So perhaps it could be described as a strange kind of homemade Grand Theft Auto, without any guns or cars.” I’ve already pegged that rad night club from the trailer as my main hangout spot. Because, like, look at it. It’s got a neon pink dance floor. All my preteen DDR fantasies come true <3.

The story of Sebastian’s journey will focus around his friends but also, of course, his romances. Though I’d be careful not to forget the part about heartbreak in the title. I don’t even want to know what a break up looks like in an entirely hackable world. I imagine something like: if { cheater(break.all.shit)} else { faithful(break.heart)}. {{{{Siiiigh}}}}

Though there’s no exact release date yet, the game’s site says we should expect it “soon” on PC, Mac, and possibly Linux.