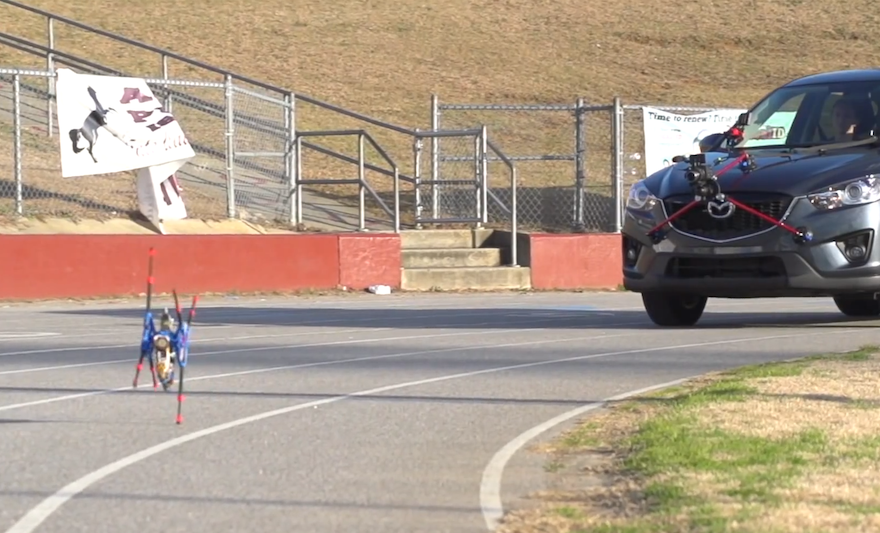 Why is it that a robot must always look terrifying to perform an impressive feat? Don’t they have any friendly, safe, innocuous looking robots? Maybe it’s just my active imagination envisioning the legs welded with knife blades, but there’s something inherently unsettling about watching the lightning fast Outrunner spin end over end in a way that could easily chase down the fastest human being on earth.

Controlled with a remote that looks not to different than an RC truck’s, this little guy can fly, maintaining speeds of 45 mph on a treadmill, a world record, and 25 mph on the street. So you can still escape if you have wheels… for now. The engineers are encouraging robot enthusiasts to mod and improve the model for a robot marathon later this year, which sounds destined to incite panic.