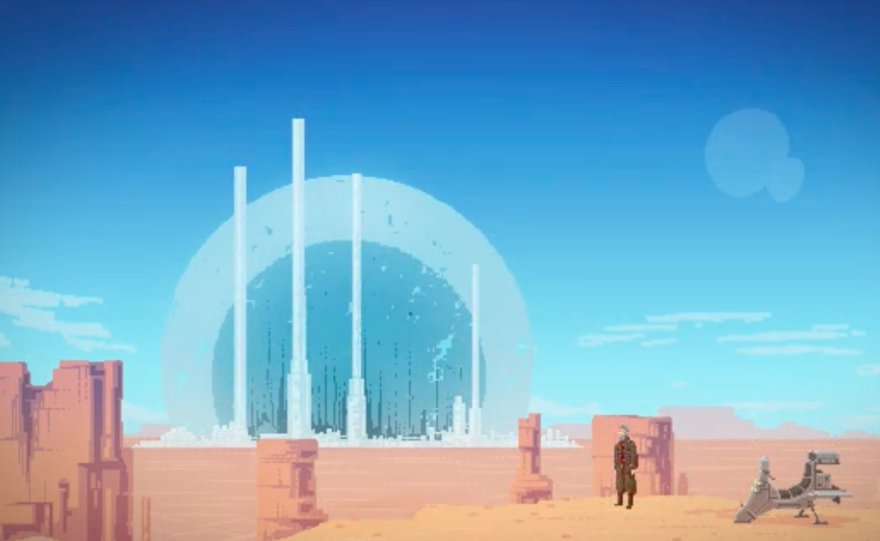 The talking point around The Way is that its Kickstarter video resembles Another World and Flashback, classic games with beautiful animation and no-bullshit design by Éric Chahi. And that it does.

But the thing that stuck out to me is the similarities to Frank Herbert’s Dune. Note the tawny desert atmosphere; the fusion of old world mysticism with the technology you’d need in space (I’m pretty sure I see some palm locks); the several moons hanging in the sky. Also, the protagonist, who we see dying over and over in the trailer, as is wont to happen in a Chahi game, would be at home riding on top of a planetary parasite, although sadly there is no sign of sandworms in the game. But it looks great regardless. Shai-Hulud!