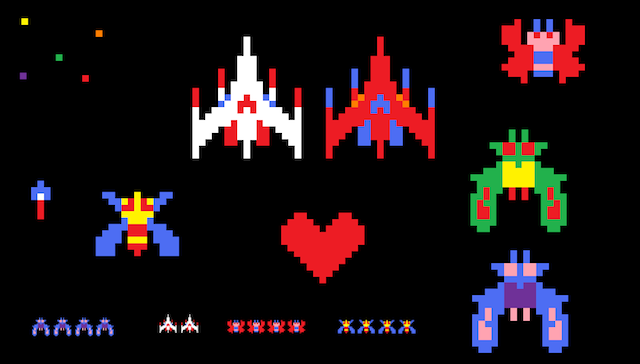 Namco High is the stateside dating sim that lets you loan your letterman jacket and class ring to many forgotten characters from the Namco vault. Yep, it’s nuts. But then the question arises of sexual orientation. Is the ship from Galaga a dude, a gal, or agendered?

The thought alone is kind of silly, as is hooking up with the drum from Taiko Drum Master, which you can also do in the game, but the guys at What Pumpkin Studios are up to something clever. We received an email from them today explaining how “the game was developed with the protagonist to be agendered. Players can ascribe any gender they choose, and by virtue of that choice, any relationship in the game could be categorized in any way.”

This gesture to include everyone, regardless of sexuality, is intentional and a step in the right direction. But as is pointed out in this PBS Game/Show episode, the gay option is simply that, a gay option. While it makes sense in the context of a dating game to allow for a variety of romantic interests, sooner or later games are going to need to catch up with film and television and feature prominent gay characters, you know, sometimes. Until then, we can only idly speculate about Mr. Driller.