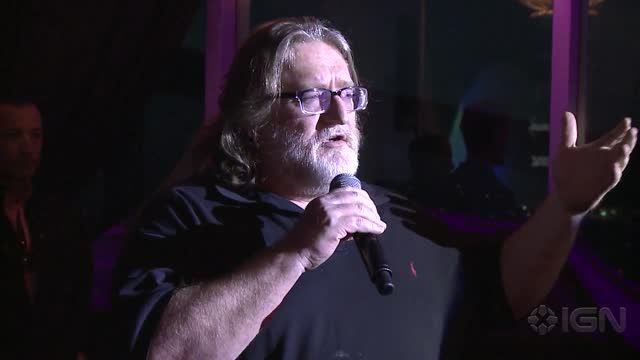 If you’ve been following the tech and gaming blogs this week—and you have, or else you wouldn’t be here—you are aware that a pretty huge trade show known as the Consumer Electronics Show has been going down in Las Vegas. It can be a lot to keep up with, as this year we’ve got some big gaming news. We learned the Steam Machines are hideous. Sony’s launching a streaming service called PlayStation Now. The Oculus Rift now tracks your movement, so you can peek around a virtual wall. Intel brought levitating whales to their conference. And don’t forget about this strange pair of virtual reality headphones.

And that’s just a small fraction. But don’t sweat it. The Verge has you covered, condensing their coverage of thousands of dog-mounted cameras and traceable tennis rackets into five minutes of video footage. Of particular greatness is the Sony conference being pared down to a couple of minutes. Those can drag on forever.