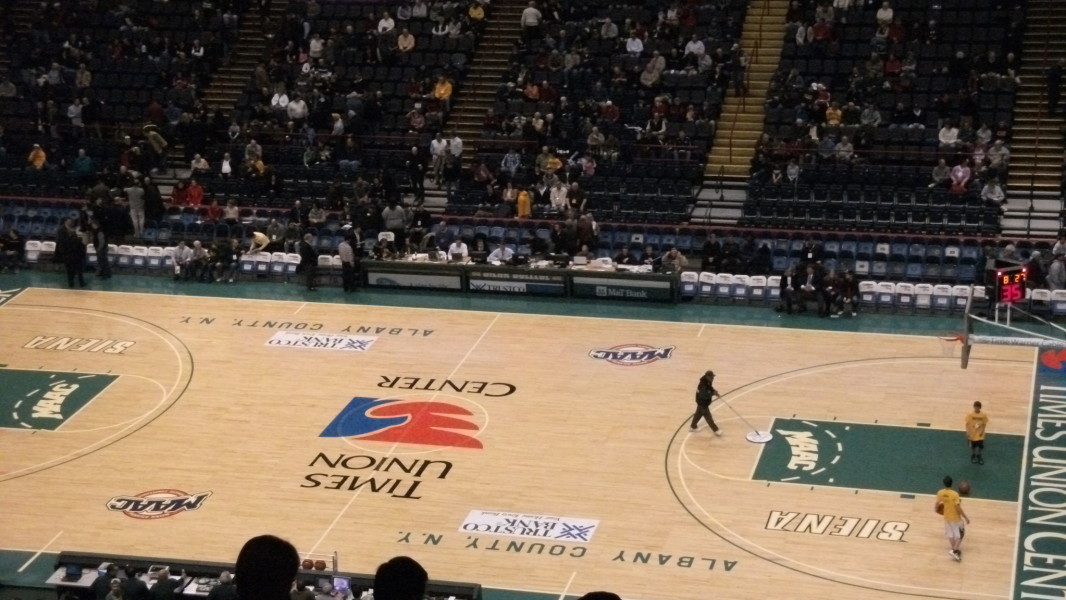 How did March Sadness work out for everyone?…Yeah, me too. But there’s still hope to correctly predict the Final Four!

Full disclosure: I do not now, nor have I ever, owned any basketball videogame. That’s not to say that I don’t like basketball; it’s actually my fifth-favorite theoretical sport (behind football, baseball, Formula One racing, and rugby) and my third favorite to watch. And after Super Smash Bros. Brawl correctly predicted the winner of the Super Bowl for us, I knew I had to use Super Smash Bros. Brawl again. Although I wanted to try using Madden 25.

Okay so here were the rules this time. Each team played two three-minute halves and, like before, the highest aggregate score won. Instead of trying to match up the skills of the teams’ rosters, I decided to just match up the mascots with Smash Bros. characters. So it’s the UConn StarWolves (Huskies) vs. the Florida Yoshis (Gators) and the Wisconsin Sonic the Hedgehogs (Badgers) vs. the Kentucky Lucarios (Wildcats). In coming up with the teams there was actually a lot of debate as to whether or not Sonic was more feline than Lucario and whether or not Lucario is a cat or a dog. In the end, Lucario is officially the most feline of the bunch. These would be 2v2 matches—so, two Yoshis duking it out with two StarWolves in the first round.

This time, the games would be held at the stage Final Destination because what could be more Final Four than that? Also, there are no longer any items—they didn’t come into play at all during the Super Bowl and this would be a more purely athletic contest.

Things immediately begin to not go Florida’s way as one of their players immediately rolls right out of bounds. Not exactly the display of basketball prowess I was hoping for here. The UConn StarWolves are playing knock-down, drag-out, full-contact basketball here. They’re putting the hurt on the Florida Yoshis pretty early in the contest. Another Yoshi just rolls off the plane of battle, fouling out? The Wolves are definitely demonstrating their teamwork though, they consistently stick close and are not giving the Yoshis any time to settle or defend. With a minute left the Yoshi’s are down 5-0, mainly due to the Yoshis’ sloppy play. In the last seconds, one of the Wolves goes down and the half time score is 5-1 in favor of the UConn Wolves as they head to the locker room.

Something goes down during half-time, because the Yoshis come back out swinging. Coach must have really given them a good talking-to. I’m not sure exactly what motivates a team of lizard men (fruits? Fire flowers?) but it seems like they got it. However, the StarWolves aren’t going down easy, they’re racking up damage but aren’t allowing any points to be scored either. The tables seem to be turning—but then, before things could even really get going, the StarWolves wrest command of the game back. The Yoshis have lost whatever mojo they might have had post locker room talk. In fact, the Wolves are regularly posterizing them. They can’t put anything together, nothing in transition, nothing from outside, they’re falling apart at the seams. The Wolves have fairly effectively made this a half-court game, pounding on offense and not letting up on D.

This one is shaping up to be the kind of matchup that lovers of a sport … love (for lack of a better word). Sports aficionados appreciate intangibles; they see minute details that casual observers quickly glance past. This is that battle. Both the Lucarios and the Sonics are constantly dodging and blocking, neither ready to give an inch, both teams packed with firm-footed warriors. The Sonics are working very well in isolation but the extra effort is not obviously paying off. Neither team is displaying the level of speed or aggression that the Wolves have. Even the Yoshis (foolhardily) were much more explosive than this. Late in the first half, the Lucarios make a big move and score from downtown to take the lead! Now the Sonics are all out of sorts, they simply cannot get set against a very patient and persistent Lucario team. There’s some late fight from the Sonics but not enough. They head to the locker room down 2-0.

I tried to get the audience reaction but there is only my aunt’s bichon to ask. He is nonplussed.

The second half starts very much like the first. The main difference is that both teams are attempting offense but simply cannot connect on any of their shots. It’s a bizarre scenario. Signs of life from the Sonic team as they land a lot of shots and are now operating at a high percentage. However, the Lucarios seem to know they have the lead and are happy to grind this one out till the finish. The Sonics cannot create point-scoring opportunities. They’re doing a lot of damage but not a lot of scoring. The Lucarios have been steadily increasing their lead. Though the Sonics manage some late offense they ultimately fall to the mighty Kentucky Lucarios 5-2. 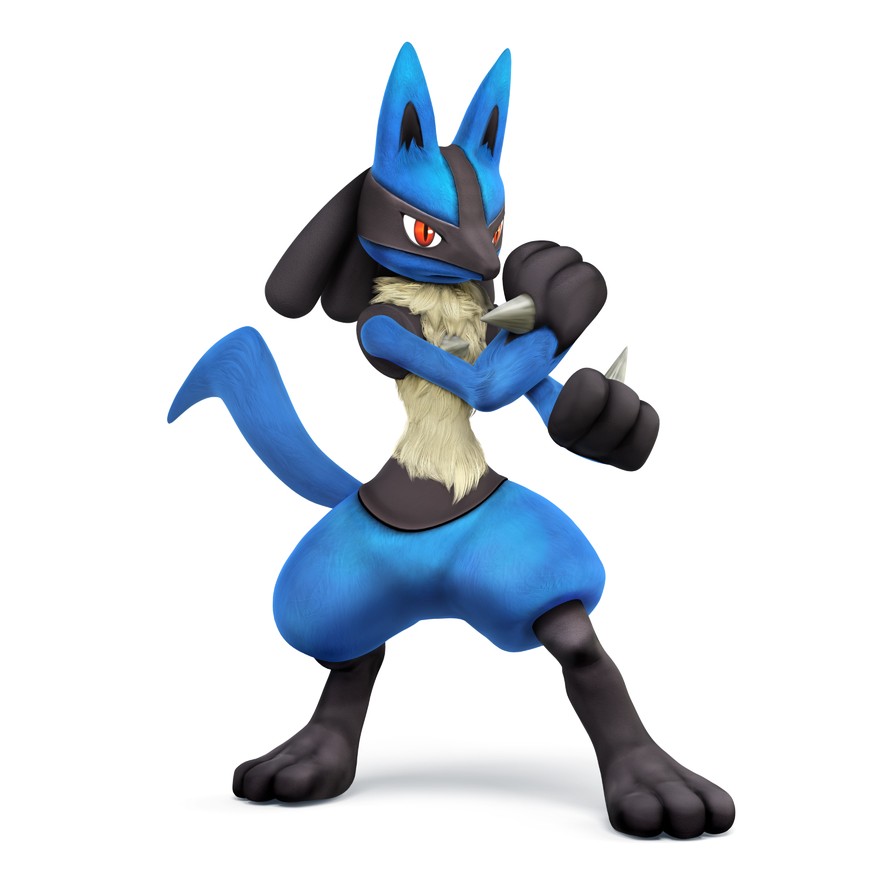 Going into this match I was actually pretty curious about the Lucarios’ ability to stymie the powerhouse StarWolves. Could they grind it out against UConn and win the same way they did against the Hedgehogs?

Right from the tipoff the Lucarios are employing the same strategy that they used against the Sonics, trying to control the pace and shut down the Wolves’ offense. The Wolves look like they’re playing that game, unable to generate a lot of punch. However, the Lucarios are also unable to land any big hits; they’re biding their time, being opportunistic. One of the Wolves has relatively little damage so their bench is looking pretty fresh. A full minute in and there is no score. The Wolves have been landing a lot of big shots but haven’t been able to score. The Wolves score but the Lucarios respond in kind seconds later. Now the Wolves are looking worn down, the Lucarios score again but late in the half the Wolves score again. As the buzzer sounds it’s a 2-2 tie.

This would be a more purely athletic contest.

Immediately after half-time, the Lucarios are looking a lot more aggressive. It’s the polar opposite of the way that they began the first half. The wolves are still landing heavy hits but are being pressed back. The wolves are not able to get set, nothing is connecting and they seem to be pulling out all the stops. Even though they’re getting a few double teams they cannot capitalize and the score remains tied. Oh! A rare mistake by the Wolves halfway through the half makes it a Lucario lead. This doesn’t last as the most worn-out Lucario gets popped and blown out. Things settle for only a few seconds before ramping up. The Wolves lose a man and the Lucarios are up. Thirty seconds remain. One of the Lucarios takes a huge hit—this could be the final chance for the Wolves. Lucario manages to stay in and wait out the clock!