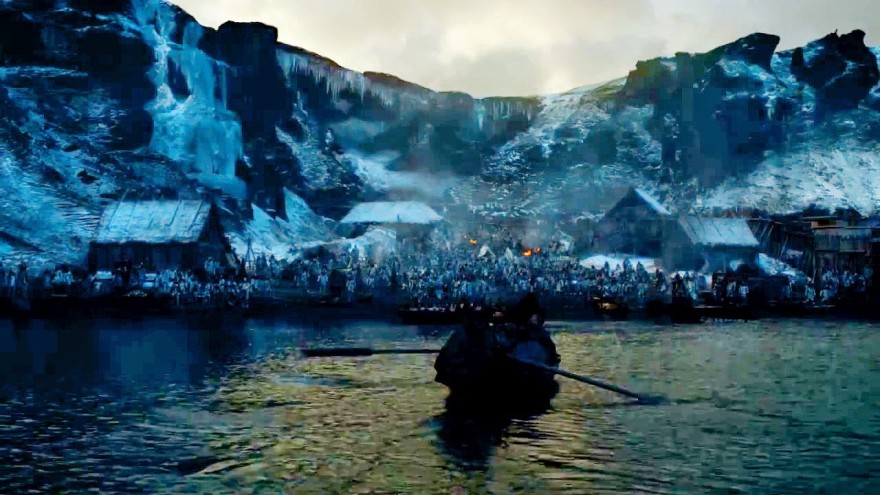 Tread carefully, for the the night is dark and this article is full of spoilers.

Is it just me, or has anyone else been thinking this season of HBO’s Game of Thrones feels particularly, er, game-y? Perhaps it’s the simple effect of playing Telltale’s Game of Thrones while simultaneously watching the fifth season. Or maybe (probably), when your job is to talk about games, you start seeing everything as one.

But just think about it. Every appearance from the Sand Snakes has looked like the intro cutscene for a fighting game character, showcasing their special weapons and combos. Then there’s the bizarre Unsullied/Son’s of the Harpy battle, which felt like a glitched-out Telltale fighting sequence trying its best to render things correctly. Finally, there’s Jorah’s choice to conceal his greyscale at the end of episode five, which, as this helpful redditor points out, was basically the same exact cliffhanger shot from Telltale’s first season of The Walking Dead.

Yet none of that comes close to the most game-y of Game of Thrones gamifications ever: last night’s episode, “Hardhome.”

During the long-awaited (particularly for book-readers) first meeting between Tyrion and Daenerys, there seemed almost the ghost of a dialogue options box beneath each character as they spoke, their banter coming across like the result of a player’s carefully selected path. Like the Telltale adaptation’s conversation mini-battle with Cersei, the consequences of each characters dialogue choice almost felt like it should be flashing in a notification box across the upper lefthand corner. “You complimented Daenery’s leadership. She’ll remember that,” it says on Tyrion’s screen. While, in Daenerys playthrough, she wonders whether or not she’s just naively let another traitor into her midsts by accepting Tyrion as an advisor.

Then there’s Jon Snow’s winning over of a large crowd of Wildlings, in an almost eerily similar fashion to Bigby Wolf’s very same challenge at the end of Wolf Among Us. Sure, Jon chooses to be blunt and honest with his dialogue choice regarding Mance’s death. But, presumably, this is because Jon knows his earlier choice to defy Stannis and show Mance mercy will probably win him more brownie points if it comes from Tormund’s mouth rather than his own.

Yet, even picking up on all those Telltale mechanics scattered across this season could not prepare me for the episode’s most Telltalest trope of all: plot development through a tense walker-horde sequence. Jon made a bunch of consequence-filled narrative choices throughout the battle; like deciding to stay and fight, even though it might jeopardize his grander mission with the Wildlings. Or running for the dragon glass—leaving the dragon glass behind. And who didn’t hear the little achievement sound over the visual of a flashing Trophy symbol and the words “Weapon Upgrade,” after Jon discovers the true worth of Valyrian steel?

I’m not saying Benioff and Weiss (the HBO showrunners) play the games. Honestly, I’d be surprised if either of them knew how to hold a videogame controller. But there’s something to be said for the profound effect an interactive experience of the game of thrones has had on how I view the show’s choices and narrative paths. After attempting to be a chess player myself in Telltale’s adaptation, every decision a character makes on the show feels more palpable—like an active, difficult choice made right then and there rather than one dictated by the script or plot.

In this episode, I was just glad someone else was holding the controller. Because I don’t know if I could have survived that White Walker QTE fight, even with Valyrian steel.