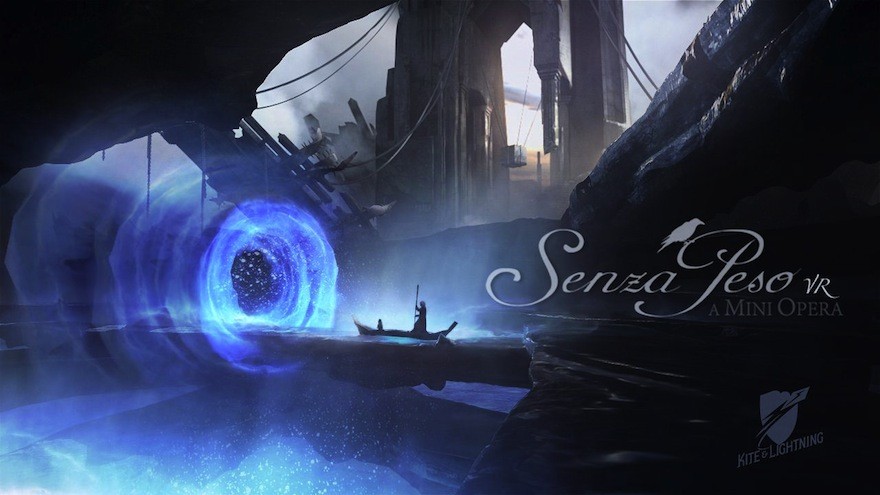 While you’re waiting with baited breath for the big news out of Los Angeles, we thought why not catch up on the weekend’s crop of outrageous virtual reality demos, which seem destined to encompass every possible human and non-human endeavor.

The first up is Senza Peso, a beautiful looking and sounding short opera in VR by Kite and Lightning. It reminds me a bit of Parsifal meets the Pirates of the Caribbean ride at Disney World. Cross your eyes… now.

While Senza Peso is a bit low on the interactive front, as you’re on a guided boat tour through the singing land of the dead, but Dragonflight makes up for it, and then some. This wing-flapping, flame-blowing, dragon-flier makes use of not only a Oculus Rift headset, but also a tablet for holding out in front of you and steering the noble beast.

Someone seriously needs to introduce these guys because a dragon-flying opera could be amazing.