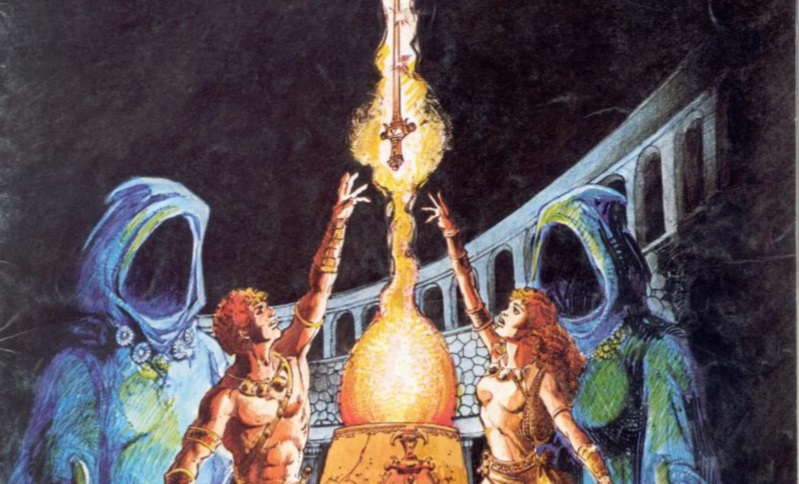 A Plagiarism Scandal Is Unfolding In The Crossword World, Oliver Roeder, FiveThirtyEight

A media fiasco is brewing in one of the unlikeliest sections of the paper. Not a Shattered Glass 2 or mere falsifying of information, but plagiarism. Foul foul plagiarism. Revealed is a history of shameless copying since 1999… in the USA Today Crossword. FiveThirtyEight lays out the story of what it even means to copy a puzzle, and how Timothy Parker got busted.

The Quest For The Real-Life Treasures of Atari’s Swordquest, Eric Grundhauser, Atlas Obscura

Speaking of long, niche pursuits, Atlas Obscura digs into one of retro gaming’s best urban legends: a real—real as in, not virtual—golden sword, found only at the end of the Swordquest series’ dweeby labyrinth.

You may know about the concerningly surreal trial underway between politics and gossip mega-site Gawker and professional bandanna mannequin Hulk Hogan. Ex-staffer Max Read reflects on how some of his passing jokes about the Hulkster on Slack, the popular work-esque social media service, might have ended up in the proceedings. Read doesn’t so much as damn Slack as much as mourn the watercooler musings it has replaced.

Described by Osamu Tezuka as “a madman not fit for publication,” Sasaki Maki is one of Japan’s deepest-fried satirists, and with the release of Ding Dong Circus, an anthology, Ceiling Gallery has decided to put together a primer on an artist who in many ways defies primer-ing.