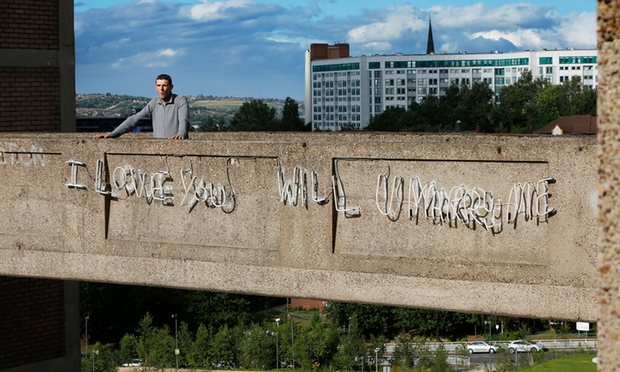 In 2001, a man named Jason decided to one-up all the locks left behind on all the bridges, proposing to a woman named Clare with a scrawl of graffiti along a high-up walking bridge, which has since become a highly marketable slogan for true love. “I LOVE YOU WILL U MARRY ME.” The romance between Jason and Clare, however, was more tragic than all the boutique merchandise has let on.

A Gift for Music Lovers Who Have It All: A Personal Utility Pole, Juro Osawa, The Wall Street Journal

You may consider yourself an audiophile. Heck, you might’ve dropped a small fortune in a surround sound system. If you’re Takeo Morita, you believe the the speakers are only half the battle, and if you want the purest quality, you’re going to have to customize your source of electricity as well.

There’s a lot to marvel at in Bound, the new dance-inspired game from Santa Monica Studios. But behind the protagonist to the recent PlayStation game is an actual dancer, whose talents were used to animate and inspire the game. CBC’s Jonathan Ore spoke with Maria Udod about dancing for a completely different audience.

Nature conservation, what a great concept, right? Well, even among those who usually put their hat in to conserve surviving pockets of the natural world were a little bit rattled by the thought of preserving a small island in Massachusetts overrun with venomous snakes. Christopher Benfey reviews the history of rattlesnake attacks and their subsequent overhyping.

Header image by Murdo Macleod for the Observer