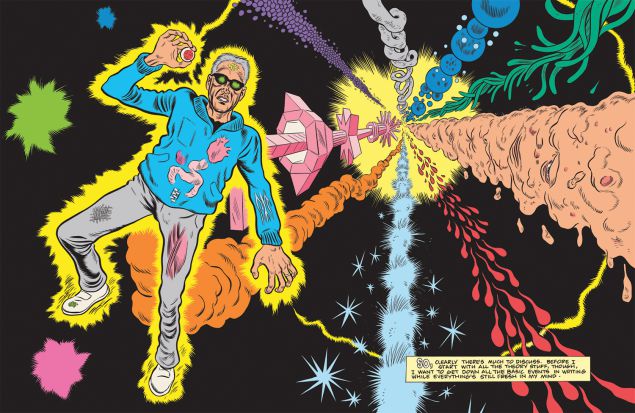 Does time travel sound like a blast? Hold that thought. Sean T. Collins speaks with cartoonist Daniel Clowes about his new book Patience, in which a time traveler attempts to save the one he loves. This being a Clowes book, the time traveler is more confronted by the weight of modern anxieties and his own shortcomings than the more traditional sound of thundery super mutants. Okay, how about now, how does time travel sound, champ?

Silicon Valley likes to think of itself as the starting line for the future, but despite trying to revolutionize the world or die trying, their ideals for community and architecture are helplessly stuck in the past. Nikil Saval looks into “Hippie Modernism” and the influential design ethics that lead to the kind of influential people who still assure you that the wearable boom is on its way.

Photograph of Zack Snyder by Kurt Iswarienko for Bloomberg

If you happened to be one of the thousands of people who saw, then regretted, Batman v Superman over the weekend, you might be interested in a profile of its sculptor. Want to guess how many battle axes are in Zack Snyder’s office? The answer will not surprise you!

Point Pleasant, West Virginia, meanwhile, is not Silicon Valley. It does not have billions of dollars to throw at campus redesigns or millions to guzzle at after parties. If people do pass through Point Pleasant to leave a few dollars behind, it is most likely because of a big metal, ruby-eyed beast, honored in the city with a monument since 2003. Alison Stine explores what life in a cryptozoo town is like, where it’s believed a fabled creature tried to warn them of a real life tragedy.