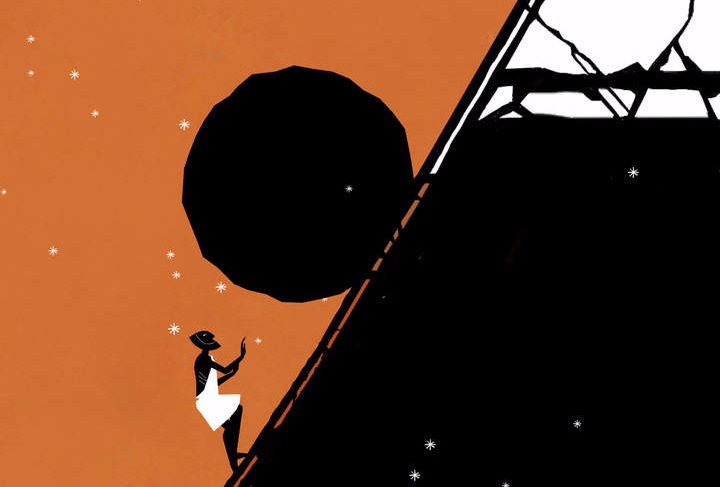 Some might deny Sisyphos the coveted and fiercely guarded title of “videogame,” simply because it’s unrewarding. Granted, being doomed to repeat the same futile labor again and again for the rest of eternity isn’t “fun.” But Greek legends offer more than fun. Pushing a boulder over the peak of a triangle, only to watch it fall back down to the start again, is a lesson in humility—a destruction of the human ego. The point system in Sisyphus admittedly doesn’t measure your success, but rather the length of your unending failure. Yet, when you look at Sisyphos on its most basic level, it’s the game-iest game that’s ever gamed. Inexplicably compelled forward, you press the same buttons, to do the same action, to get the same meaningless result and reward—rinse, repeat, over and over and over. But, if it doesn’t warrant the title, don’t call Sisyphos a game. Call it an interactive comment on the human condition instead.