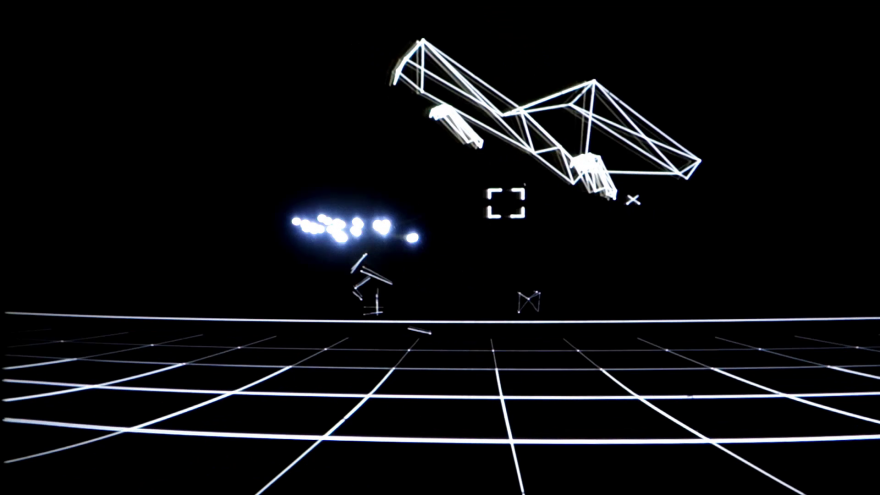 Try as we might, there’s no escaping humanity’s nuclear creations. The waste from nuclear energy will be with us for millennia and the geopolitical power of nuclear weapons is unlikely to dissipate much sooner. Even UK Labour leader Jeremy Corbyn, a man who has made it clear he would never authorize the launch of a nuclear weapon as Prime Minister, will not force his caucus to oppose the renewal of Britain’s Trident nuclear weapons program. The bright green cat cannot be put back in the bag.

What happens when we can’t get rid of these weapons? This, in a sense, is the question addressed by Vec9, a Cold War game that feels purposely unmoored from time itself. It tells the story of Soviet nuclear bombers that were cryogenically frozen and sent into orbit during the final stages of the Soviet-American conflict. Decades after the fall of the Soviet Union, communications with Vec9 cease and its pilots wake up. What are they to do? They can only presume that the USSR has been exterminated and that it is their duty to avenge this loss.

Vec9 is a visual feat. Its console, as seen in a July 2015 trailer and documentation, looks as if it was built of spare tank parts. It is simultaneously an arcade console and a piece of military refuse. Insofar as videogames owe a significant debt to military simulations, these two influences sit comfortably alongside one another. The vector interface is also appropriately dated, bringing to mind the “Domination Game” scene from 1983’s non-canonical Bond film, Never Say Never Again. There is enough information on the screen to destroy the world, but the view is sufficiently abstracted to avoid empathizing with the poor souls on the ground.

Although Vec9 is a work of fiction, its underlying scenario is not all that improbable. For starters, the technology of nuclear warfare has not evolved in decades. In her excellent Rolling Stone feature on America’s nuke sites, Nina Burleigh noted “inside the capsules, little has changed since the Cold War, from the constant vibration and foot odor to the eight-inch floppy disks in the consoles.” Yes, floppy disks. Really. Avoiding wholesale change is the best—and possibly only—way to ensure continuity. Vec9 isn’t real, but its aesthetic may be more real than we’d like to imagine.

Nuclear warfare is frozen in time, an invention we can’t take back even if we want to. That sensation trickles down to the poor souls stuck babysitting nuclear arsenals. One missileer told Burleigh that “Projecting authority from 60 feet underground by antique telephone is one of the main challenges of the job.” At least Vec 9’s missileers are in space. There’s a slight bit of glamour to their jobs. But there’s no escaping how the business of dispensing death at scale is stuck in the past. We can’t get rid of it—Trident’s here to stay, as are the sites Burleigh visited—but we are unlikely to invest in modernization. And so nuclear warfare lives on, unmoored from time and logic, in real life and in Vec9.