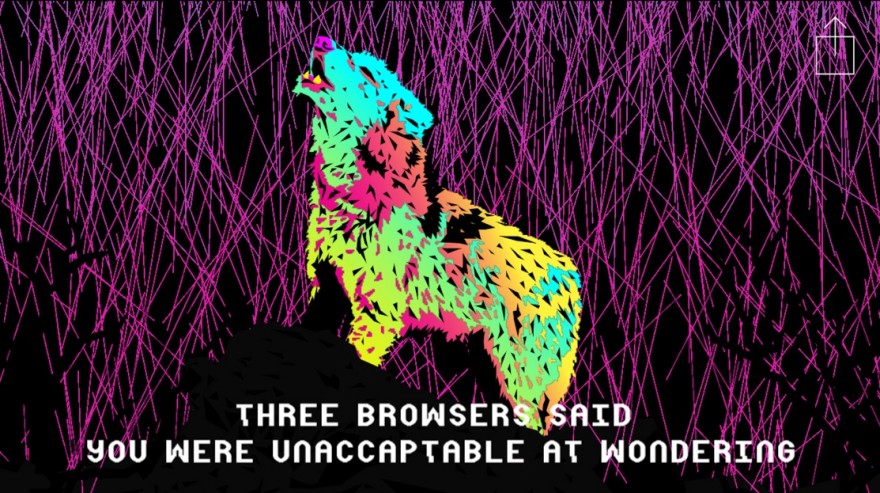 The intersection of jazz and grotesque virtual people needn’t exist. But it does—it’s too late to stop it now. The two distant subjects don’t meet anywhere else (to my knowledge) except on Swedish jazz student Simon Fransen’s YouTube channel. He has brought them together through common interest to a creative place of his own making that he says is “dedicated to jazz where nothing and everything makes sense!”

made to produce music out of pulling their bodies apart

What his “Jam of the Week” series entails is videos of (mostly) classic jazz songs rigidly recreated with sketchy and often sped-up electronic instrumentation and crudely animated computer-made people. Dizzy Gillespie’s jazz standard “A Night in Tunisia” becomes “A Nightmare in Tunisia” under Fransen’s hand. The song’s bass line is re-purposed as the voice of a balding man in a loose shirt-and-jacket combo who head bangs, bops, and seems to otherwise despair on a crop of rocks. As to the song’s tune, it appears as the uncanny singing voice of a scowling woman in a suit stood on the same bunch of rocks—she’s wholly terrifying.

Many of Fransen’s videos are similarly off the fucking wall. If anything connects them it is that he seems to personify his electronically reconfigured jazz songs through his virtual bodies. Not only does part of the music become their voice for the duration of the clip but it also seem to arrest control of their bodies and subject them to a tortuous type of dance. Limbs and necks are stretched, eyeballs smear, heads collapse into torsos as they spin hideously. Again and again, these virtual people gyrate and gesture as if they were puppets to a serial killer’s sick invention; an invisible machine made to produce music out of pulling their bodies apart.

I write this especially with “A Nightmare in Tunisia” in mind, as well as his latest video that gradually distorts and rips through The Beatles’s “Lucy in the Sky with Diamonds” until only a blue screen of death is left. But there are less nightmarish (and just as baffling) examples of Fransen’s videos such as “Princess Jordu” (taking its cues from Clifford Brown and Max Roach’s “Jordu“) that sees a warrior quarreling with a levitating horse inside a garish Gothic castle.

This isn’t the first time we’ve seen an ongoing project like this. A comparison to Brian’s similar melding of electronic music and virtual bodies is warranted. When speaking to Brian earlier this year, he told me that he feels like he is “ripping out all of the emotion that these digital tools could provide” when creating his music. Fransen seems to also want to find emotion in the strained mechanical notes he works with. He turns jazz into dramatic machinima by depicting romances and domestic arguments between lovers.

Why he does this could be questioned eternally. But perhaps this type of unholy spin on 20th century jazz is a gateway to opening it up to generations of people who have grown up with computers and the internet’s rapid and bizarre remix culture. “I guess the community for nightmare jazz is still pretty small,” Fransman said on Twitter. “I seek to change that.” That may explain why Fransman also has tongue-in-cheek educational videos on jazz history on his channel that add a couple of ‘wtfs’ and ‘lols’ to the retelling.