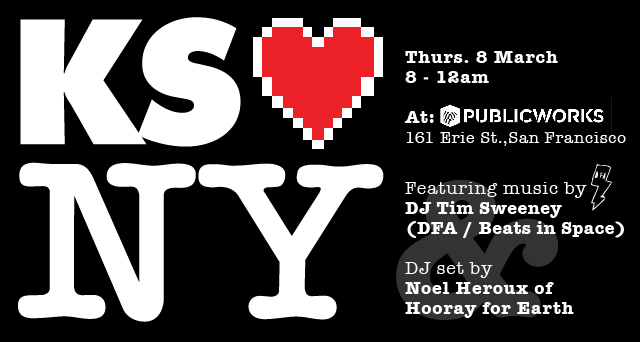 We’re throwing a party in San Francisco on March 8, with DJ sets from Tim Sweeney of DFA Records and the Beats in Space podcast, and Noel Heroux of Hooray for Earth. We’ll also be crosspollinating with some of New York City’s best new indie and experimental games.

Michael Consoli – Against the Wall – Explore a beautifully rendered and mysterious world set on the side of an infinite vertical surface, while trying to return to your village located miles above the starting point.

Tickets and prizes are on Kickstarter. Get yours here!