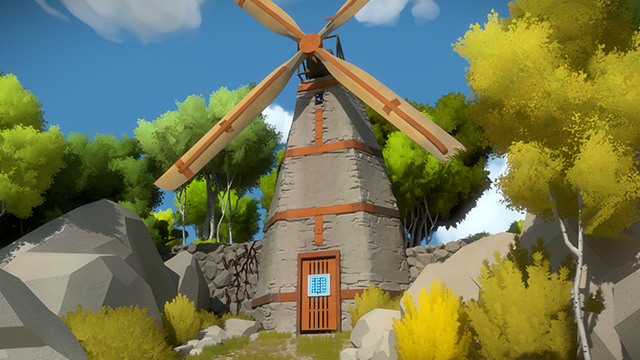 Deanna Van Buren, one of the architects who worked on The Witness and the founder of FOURM design studio, argues that more videogame developers should collaborate with architects. This is both trivially true—all else being equal, more collaboration is always a good thing—and a complex proposition. If the merits of including architectures in game development were so glaringly obvious, it might already be standard operating procedure.

One can think of the architect as an advocate in the game development process. In a sense, everyone is an advocate. But, Van Buren notes, the things an architect cares about are not necessarily the things developers or designers might care about. Her essay is, in a sense, a list of those concerns and you should read it in its entirety, but it’s worth highlighting a couple quick points here.

First, architecture isn’t just about buildings: there’s also the not insignificant matter of landscape and the spaces and transitions between buildings. All of these factors affect our relationships with the built environment, even if they exist outside of its walls.

Which is not to say that buildings don’t matter. With regards to Bioshock Infinite, Van Buren notes:

It would have been stronger if they had applied the steampunk aesthetic to the design of the buildings. If conceptualized as characters in the context of the game, a series of customized forms and details could have been replicated throughout the interior and exterior environments that would reduce the visual noise in this game. They would have been able to achieve a more sublime feel like they have achieved in the lighthouse level.

Moreover, this architectural perspective encourages developers to look at buildings not just as places in which things happen, but also as collections of materials and details to be taken seriously. As Van Buren writes, “understanding the properties of materials, how they behave and are created can help artists make better decisions in how they deploy this aspect of the design.” Thus, the architect’s keen eye can—and should—be of value to game developers. Here’s hoping this becomes the norm.

But Van Buren’s essay also holds a lesson for the practice of architecture. She writes:

One of our first questions we asked Jonathan’s team (Thekla) was “What direction is north?” They replied, “What difference does that make?” I knew then that we would need to recreate and reframe the real world constraints with which we had been working. In order to design customized environments we would need to develop a narrative and new kinds of constraints that would define it.

So context matters. This is, on the face of it, not a deep revelation. It is, in fact, architecture 101. But Van Buren’s insistence on establishing these constraints even in a world where they don’t exactly need to exist is refreshing. The temptation to cheat context and make the world adapt to the building is perhaps at its greatest in a virtual world, where the natural environment and whatever else amounts to context can be tweaked just as easily as the architecture. But this is also why radical architect-driven projects like OXO’s vision of a city in the Sahara desert can feel like they occupy an uncanny valley. Much as developers can benefit from having architects to push back against their worst instincts, so too can architects benefit from having a greater range of voices and influences to challenge in their instincts.