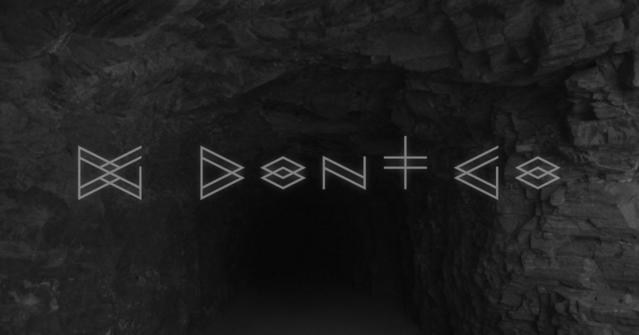 Top Chef notwithstanding, it is rarely advisable to see how a sausage is made. This is not a new aphorism—aphorisms are rarely new—but technology has given it new resonance. It has never been easier to distribute bonus content, to be ‘closer’ to artists, and to see heretofore-mysterious processes. All this access, however, blurs the line between immersion and sausage making.

Case in point: the release of Swiss artist KnoR’s new EP, “Don’t Go.” There’s all the standard spec, three songs and a music video, but the release also includes a virtual reality app because…why not?

a lot like sitting too close to a laser

Made for Google Cardboard, the app gradually unveils different elements of the song. Bright, flickering lines appear as you move around, searing these elements into your memory, sometimes painfully so. The net effect of the imagery and electric feedback audio is a lot like sitting too close to a laser—or, more honestly, a dying fluorescent bulb. Unlike the song, KnoR’s VR app, which was made in conjunction with the artist Mativa, is lacking in fluency. It comes across as a series of vignettes, each representing one note or sequence.

Is “Don’t Go” a visualization of KnoR’s song or an explanation of its constituent parts? One imagines the intent was something closer to the former, a fluid experience that didn’t really pan out. But in a Google Cardboard headset, you’re too close to have this kind of perspective. Bonus content is about proximity, but VR may offer a bit too much of that. What begins as a refreshed version of iTunes or WinAmp’s music visualizations ends up being all about the making of this particular sausage.


There are, of course, other ways to combine virtual reality and music promotion. In late December, Björk released a VR app/music video for her song “Stonemilker”. The VR experience, which first appeared in exhibits and is also available as an interactive video on YouTube, shows the singer on a beach. She moves about from time to time, and eventually multiple Björks come into view, but there isn’t much more to it than that.

“Stonemilker” embraces the idea of immersion as opposed to what can really be done with technology. Virtual reality isn’t necessarily adding much to the experience, but the technology and paraphernalia walls the viewer off from the world, which is conducive to a focused listening experience. Proximity is not the end goal here; it is just a means to an end.

You can find out more about the Don’t Go app on its website.