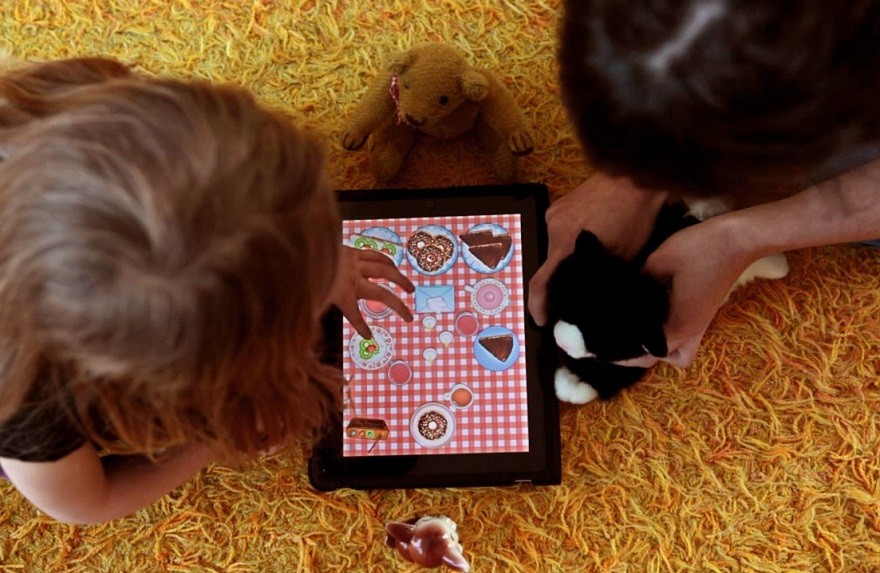 “When you’re doing products for kids, it’s a lot about watching kids and respecting kids for the fact that they are experts at play.” That’s what Willow Mellbratt told attendees when she spoke at the Cinekid Festival in Amsterdam last fall. As a play designer at Toca Boca, the Swedish game design company, Mellbratt’s job is to create new ways for children to play with digital technology. If kids are experts at play, Mellbratt is an expert at watching how they play and learning from it, something she’ll be discussing at Kill Screen’s Two5six Festival May 15th-17th.

As touchscreens on tablets and smartphones have led to more intuitive ways for people to interact with technology, the market for for apps aimed at young children has exploded. Few companies have been as successful at appealing to them as Toca Boca, however. With over 75,000,000 downloads since the company began making games in 2010, Toca Boca has been better at transforming the insights of its designers into flourishing educational games than most. But if you ask Toca Boca, the company doesn’t make games: it makes digital toys.

The difference? Whereas games often emphasize a pre-defined set of rules and objectives, with a right and wrong way to play, digital toys offer a more open-ended experience. In practice, this means the difference between something like Nintendo’s Captain Toad: Treasure Tracker, where players learn and adapt to the puzzles in the game, and Toca Boca’s Toca Town, a digital sandbox where children create their own stories as they play.

Unlike most educational games and interactive books, Toca Boca games don’t aim to control kids’ experiences with them, trying to get users to master certain forms of gameplay or learning modules. As gamifcation blogger Andrzej Marczewski recently noted in a post at Gamasutra, “For most adults, this does not really sound all that fun.” When he tried Toca Town, he just didn’t see the point. “I had no goals or rules to follow. The characters did nothing by themselves and whilst it was fun to find some of the secrets, it just didn’t click.” But then he saw how his kids played with Toca Town, creating personalities and evolving motivations for their characters and, as Marczewski put it, “an ever changing and dynamic narrative that had just one boundary—their imagination.” That’s when he realized the beauty of what Toca Town was doing.

As Mellbratt put it at last year’s Slush conference, “A good toy doesn’t need instructions.” That’s why Toca Boca’s games don’t rely on verbal explanations or bloated tutorials to show kids how to play them. Digital toys like Toca Town instead try to reach users on a more instinctual level. Mellbratt will be talking about this and more, along with many other designers, artists, and industry thought leaders, on May 16th of the three day Two5six Festival. Tickets for the event can be purchased here.