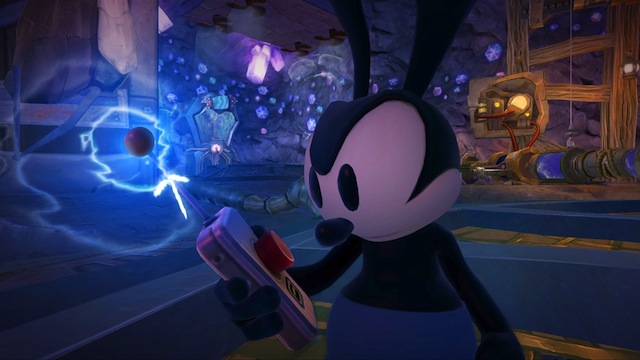 A couple years ago, I was invited to an event held by Disney Interactive and appropriately located at the Walt Disney Family Museum in San Francisco. It was a simple cocktail affair that showcased Disney’s new game work, but the event also featured a tour of the museum that houses some of the illustrious (and controversial!) founder’s creations. The museum is a stunning reminder of just how many different industries Walt Disney touched during his lifetime. The bottles of pigment of Technicolor animation on display demonstrated the craftsmanship that Disney was said to impart to his business and the company’s work.

Yesterday, Disney announced its acquisition of Lucasfilm for more than $4 billion (or four Instagrams) and as a result receive the rights to Star Wars, Indiana Jones, and countless other franchises. The move was heralded by pundits as the cementing of Disney’s position as “the leader in animation and superhero films,” as the Times crowed, and a natural complement to the purchases of Marvel and Pixar in the past decade. And of course, for gamers who grew up on the Lucasarts titles of 80s and 90s, it was a moment of hope that titles like Grim Fandango, Maniac Mansion, and the host of Star Wars titles might receive new life.

For Disney Interactive Studios, the company’s gaming division, the infusion could breathe new life into a struggling unit. For the last 18 months, Disney Interactive, the catch-all for games and internet ventures, has lost money, and the recent exit of Club Penguin founder Lane Merrifield only highlights a big-picturelackluster approach to games and the Internet. Comparing this failure to the company’s record-setting earnings from August, buoyed by the success of The Avengers, is a strange reminder that Disney is leader in entertainment in all areas except one: games.

Find a popular genre, add a bit of George Lucas’ DNA, release to the public, and millions of dollars would ensue.

A friend of mine once asked me why no one had made a good shooter with the Star Wars franchise. There was Dark Forces more than a decade ago and the mediocre entrants by Pandemic at the earlier part of the last decade, but in an era of the cinematic realism of titles like Call of Duty: Modern Warfare, a Han Solo/Chewbacca-driven FPS would seem to make a lot of sense. This seems like such an obvious direction for Disney to move in with Lucasfilm’s properties. Find a popular genre, add a bit of George Lucas’ DNA, release to the public, and millions of dollars would ensue. This was my friend’s rationale and it is a terrible idea.

As strange as this sounds, the worst thing that Disney could do would be to lean on Star Wars and other established Lucasfilm franchises. Why? For the same reason that Assassin’s Creed 3 is opening to mixed reviews. As Joe pointed out yesterday, ” We have been playing these series (and their inspirations, in the case of Dishonored) for years, if not decades. Gamers, even those of fairly conservative tastes, have been playing iterations of the same entertainments for too long. They, we, want new experiences.” If Disney Interactive merely re-ups on the same action franchises but under the Lucas banner, it would be doing so during a time when big game development is in decline.

More importantly, it would be abandoning the Disney DNA. In other arenas — television, film, sports — Disney has created new experiences and new IPs, but with games, the playmaker has struggled. The exceptions — Split/Second, Kingdom Hearts — have been magical displays of creativity of innovation but the fear is that the allure of tried-and-true properties will merely choke any novelty at the source.

Back at the museum, the only truly interactive piece of the tour was a guide to music-making of Steamboat Willy. Timing sound and image is a difficult task and each participant had a fake instrument to play their note at the appropriate moment during Mickey Mouse’s animated debut. It was a small moment, but a reminder that Walt Disney’s creative process was designed around interaction between a maker and his medium. Let’s hope that Disney’s approach to games, even with the new heft of Lucasfilm under its belt, searches for the novel and not the just the known.