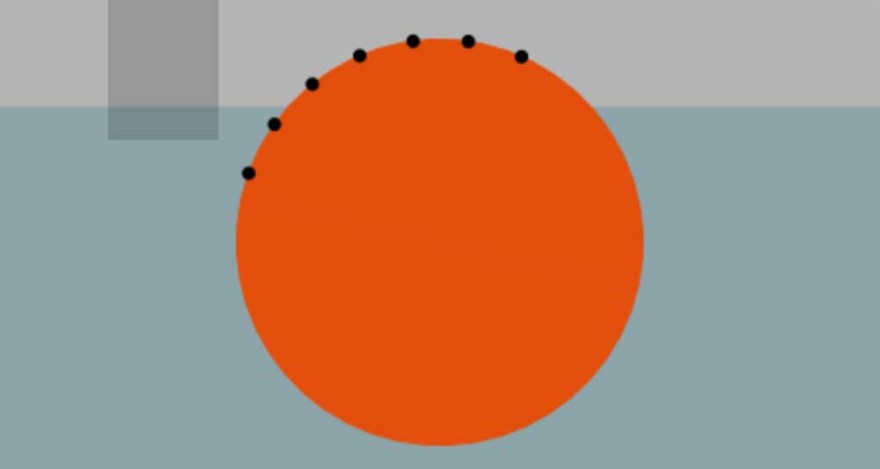 As a guitarist I was the type of guy that played an E-minor and then a B-minor and then stared at the audience expectantly. They were unimpressed. When I once had to sing for a high school musical, which I had no business being a part of in the first place, I just opened my mouth and made sort of inaudible little beeps for three minutes. A roommate and I once bought a MIDI controller so we could begin DJing; that career consisted of me playing multiple Cam’ron tracks over each other in my living room.

So when I futz around with the new iOS app Patatap, the sense of joy I feel is one of long-shuddered aspirations being gloriously realized. No longer will I be held back by a lack of talent! Each press of my finger to the iPad is an explosion of color and perfectly produced sound; I can beat out something resembling a Flying Lotus beat within ten minutes, a swirling orange spiral over milky white harps followed by compressed, synth-y blasts. (FlyLo has yet to respond to my requests to guest on his new record.) You can play Patatap right now, if you want, on your browser, here. But, says Jono Brandel, who designed all of the animations for it, the iOS version is the best way to do it.

“It gets to the point as fast as possible,” the San Francisco-based programmer told me, and it’s true: there’s something delightful about merely applying your finger to a piece of glass and then watching the screen erupt with color. The animations are programmed, rather than drawn, so they vary slightly with each iteration, and the audio, produced by Japanese husband-wife duo Lullatone, has a fullness that only comes from real studio nerds. They merge analog and digital recording, working out of Ableton but using base sounds like a recording of “a ping-pong ball rolled through a cardboard tube,” Brandel says. Each sound and animation feels maximized for delight.

I’m not alone in such impressions. Brandel’s pieced together a whole playlist of sprightly on-the-spot beats from users. The video below is proof that Patatap already has its own Steve Vai:

These recordings are, we need to assume, all also live performances, because Patatap doesn’t allow for looping, finessing, or recording. Everything is live, improvized; it allows you to truly “play” music in a way that only beginners to musical instruments normally do. After that comes practice, technique. With Patatap, futzing around is the entire point, which puts it in a class more alongside Noby Noby Boy than something like the (also wonderful, but very different) iOS beatmaking software Figure. In so doing it forges a unique identity on the App store. Brandel says that he wanted to make “stuff to help spark this dialogue. Is the App Store a platform for art? Is it just a toy that you play and throw away?”

Synaesthesia: the only neurological condition universally agreed-upon as “awesome.”

The result of this limiting decision is a sense of immediacy. The sounds and visuals are intended to be experienced in sync, and to feel authored by the user. When all of these sensations coalesce, the result is as close as most of us are going to get to synaesthesia, which is the condition of experiencing sensations with multiple inputs—i.e., hearing food, seeing music, etc.—and which is also, as far as I know, the only neurological condition universally agreed-upon as “awesome.”

The space Patatap’s exploring—specifically, abstract shapes paired with music—has a long lineage. In 1924, the Swedish artist Viking Eggeling produced Symphonie Diagonale, which paired curving lines made in foil with sprightly harps. It’s considered a landmark work in early abstract cinema. Ten years later, the German animator Oskar Fischinger produced perhaps the clearest influence on Patatap, An Optical Poem. Its intense focus on hue—and on minimalism, as compared to Eggeling’s film—draws a strikingly clean line between sonic and visual palates. (Notably, if you hit the bottom right of the screen on Patatap, the color palate will change, and usher in a whole new set of sounds, as well. The animations stay the same.)

Outside of this specific spectrum, synaesthesia crops up anywhere you care to look for it. Frank Lloyd Wright heard music while designing buildings. Kanye West once said his greatest inspiration was a Corbusier lamp. Nabokov associated certain letters with colors, which makes the precise alliteration in his writing something like the confident swaths of color in a Kandinsky painting; Kandinsky, on the other hand, typically referred to his paintings in musical terms. The well goes deep—Nathaniel Hawthorne, Friedrich Nietzsche, and the lead singer of Fall Out Boy all refuse to see art as single-sense experiences. At a certain point you start to wonder if these are just artistic people being inspired by other artistic people. Maybe we just aren’t capable of discussing art the way Bob Dylan thinks about it; the issue might not be neurological but anthropological. It could be one of language. 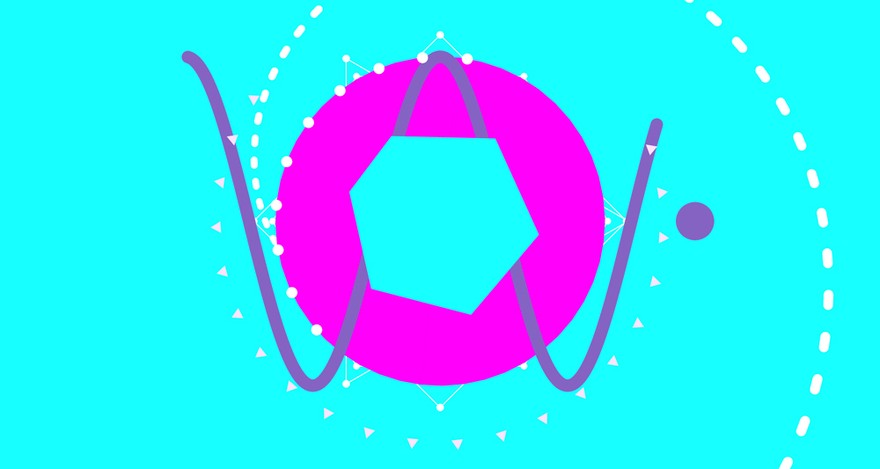 It also might not matter. When talking about the complex way Lullatone records analog objects and then tweaks them in Ableton, Brandel says, “That’s what art creation is about today—it’s essentially editorial.” If that’s the case, then the artists at hand are to be credited for their choices of colors, their choices of sound. The people shredding away on the playlist above are merely interacting with a piece of art, not exactly creating their own. (This would explain why I’m suddenly good at it.) Cultural critics sometimes point to the mutability of games as a mark against them as authored objects, but if we accept a spectrum of experiences, we can speak more clearly about our own time in a game. Whether that spectrum is broad (as in something like Minecraft) or narrow (as in something like The Last Of Us) is just one quality, no more up for debate than the set of hues used in a painting.

All of which sounds like a lot of work, which, strangely, is the exact opposite of what Patatap is. It’s easy; it reassures you that you’re just pressing buttons, seeing sounds; it is, above all, fun. Whether it makes the App Store a forum for art or recreates the experience of synaesthesia isn’t the ultimate point; that it asks those questions while letting me imagine how Juvenile would rap over a beat I’ve just created is, let me say, good enough.