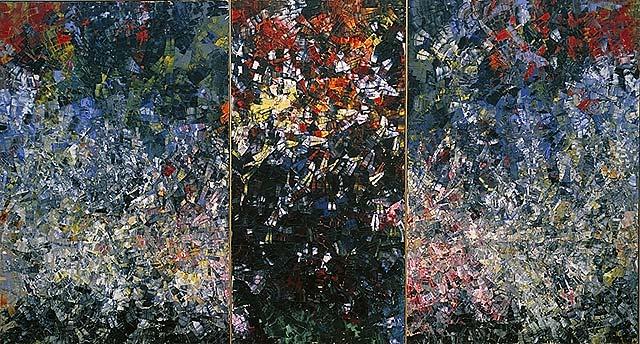 I don’t like salmon. I find it pungent. When I was served this gelatinous pink glob as an appetizer at the Canadian Game Development Talent Awards on November 2, I poked my fork at it dispiritedly.

A new friend sitting beside me found the salmon mousse rapturous. “What the hell,” I thought, and I decided to try something new. It was pretty good.

The Montreal International Games Summit 2011, hosted by Highroad Communications at the Hilton Bonaventure, was a two-day event spanning the first and second of November.  I live in the hosting city and yet, I felt foreign and awkward there. Up an elevator, then down an escalator to the main information booth, the hotel seemed labyrinthine; blue-shirted coordinators gave me conflicting directions. My only real understanding of the videogame conference experience comes from things I’ve read, writers recounting what they saw and not what they felt. After Jon Irwin’s series on E3, I half-expected the place to be swarming with salespeople and fanboys.

But MIGS is full of people talking about risk-taking—doing things that will push videogames further as a medium. Whether it’s Manveer Heir taking ethical systems in games to task, questioning whether or not we can have games that rely on organically emerging reactions to our moral decisions, rather than just ones which tend to optimize gameplay; or Richard Lemarchand reminding us that, yes—videogames are capable of evoking actual feelings of empathy from the player—the trend among speakers, big names and small, was about evolving the videogame to a state of the sublime. Or at least, you know, making them a little bit better.

A middle-aged man walks up to two young guys, one tall and robust and the other, short and slim. The man is carrying an antiquated burlap sack that reads “CBC”—Canadian Broadcasting Corporation—across the front, a recorder, and a cumbersome microphone bearing the same logo. He asks the two young men what it is they do. The taller one lifts the VIP card hanging from his neck and tells the squinting man that he works for Funcom.

“So … what is Funcom?” The bewildered man turns on his mic.

I’m reminded of the reporter, struggling to understand the mania around him, during Jason Rohrer’s keynote speech. There is still a profound sense of division between so-called gamers and non-gamers. There are those who write about games because they love them—and little else. There are those who do it despite knowing nothing about them. Then there are writers like Extra Lives author Tom Bissell who represent a middle that is still in the minority. Is making games better synonymous with widening the audience? Cultural acceptance is assumed to be a natural consequence of better games—that is to say, games which are more evocative or resonant. But I wonder if stigma isn’t also a factor. What do people expect from games? Something like what I wrongly expected from MIGS.

Rohrer gives an hour-long talk dissecting the problem of stripping games of their challenge in the effort to make them more “artistic,” which he argues ultimately makes them boring and unpalatable. “Interactivity is not enough!” he cries, battling to keep people from leaving the videogame flock. But what about people resolutely without the flock? Surely these simple little games should draw them in? Rohrer dashes that notion quickly with a chart that shows that despite Call of Duty: Modern Warfare 2’s considerable sales figures, the videogame doesn’t quite have the popular reach of films such as Titanic or Avatar.

“It’s too early to be winking at the audience, because we don’t even have the audience to wink at yet,” Rohrer tells me later, referring to the way in which masocore games satirize game conventions through hyper-difficulty. He’s sitting across from me, which should neutralize his imposing height. It doesn’t—his expression is animated and contentious. Mid-conversation, he is describing his wife’s experiences playing L.A. Noire. He contends that videogame’s failure to “break through” into culturally recognized high art—beyond its own niche—is simply a matter of quality.

“To people from the outside, they can’t overlook it. It’s like, this is ridiculous—3D graphic puppets that look creepy and sound creepy and doing creepy things.”

“That’s one of the things that keeps the mainstream away. My wife will watch some scenes from a game like Heavy Rain or something and she’ll be like, “This is awful. This is just awful. Why would I sit here? I can’t believe you play this, Jason. Why are you wasting your time?” And to me, maybe it’s not as awful, because I’m a game designer; I’m thinking about the choices I made; I’m thinking about the struggles that they’ve had and I can sort of overlook some of these things. But to people from the outside, they can’t overlook it. It’s like, this is ridiculous—3D graphic puppets that look creepy and sound creepy and doing creepy things.”

Unlike most other media, Rohrer reminded the audience, games haven’t quite made that leap over into the culturally accepted, “high art” sphere. Can they? Probably. But we can’t make these “boring,” unchallenging art games, Rohrer says. He maintains that games need for challenge to be the focus, that it’s a “fundamental law” of sorts. Movies have plot, he argues, to keep us entertained. He cites the art film movement of the mid-20th century and its plotless failings. More Super Meat Boy, less Flower.

But does that pigeonhole us into making games that are only about challenge? What content can we even cover?

The question I keep circling back to, however, is this: Is gameplay challenge analogous to intellectual engagement? What if there are other forms of challenge, beyond the technical? What about something that’s emotionally challenging? Or strategic? Could Manveer Heir’s organically occurring ethical model serve as a kind of “moral” or emotional difficulty? Rohrer wonders if a game can be emotionally or intellectually engaging without a degree of technical challenge—and still be any good. He doubts it. But who knows? We’re barely beginning to rectify the issue of quality. Rohrer isn’t even sure of this difficulty thing he’s dealing with, he tells me.

“I’m left without answers as to how to solve some of those problems.” Rohrer says, shrugging his shoulders.

“What would Precious: The Videogame look like?” Patrick Plourde, game designer at Ubisoft Montreal, asked the crowd during his lecture, “New Horizons for Game Design.” What don’t videogames yet do—and how can game creators figure out how to make them do those things? But, warns Plourde, “I don’t have the courage to make that game.”

He invited someone—anyone—in the crowd to take the initiative. Was it because market pressure dictated what issues Plourde and his team could tackle? Partially. But it’s a problem of discomfort, he admits. To use videogames to create profoundly troubling emotional experiences—to create an avatar who suffers one personal violation after another, who is constantly reminded of her impending mortality—Plourde knows this can be done. He suspects such games—perhaps like Pathologic or Killer 7—can become more of a norm than an aberration. But he is simply afraid, he says, to trespass those frontiers. How would society react? The “No Russian” controversy might just pale in comparison.

Klei Entertainment designer Nels Anderson tells me, “All kinds of other media [are] not fun, as in the ‘This plasters a smile on my face and I want to do this all the time’ kind of fun. Watching Reqiuem for a Dream is not fun—it’s still good, engaging, satisfying—I don’t know what the word for that is. That’s the problem with terminology like that. It’s got all this baggage, and everyone has a different conception of what the hell ‘fun’ means. When you say fun—like [Ultima Online lead designer Raph] Koster’s theory of fun in game design—well, it’s not fun. He’s talking about mastery of systems. But if you grab some random person and you’re like, ‘Is this fun?’ They’re like, ‘Well, that kind of sounds like work. That sounds hard.’ But what do you call it?”

Anderson doesn’t know if he’s found a solution to the problem of quality, or to the problem of “fun,” but he thinks there’s something to be said for 2D platformers when it comes to readability. Everyone can identify a platformer when they see one, even if all they have to say is, “Oh, like Mario?” Anderson has thus found, in 2D platformers like VVVVVV or Capsized, some of the best examples of games that use the accessibility of their genre to express things like meaning, emotion, and symbolism through the dynamics of their gameplay. Anderson borrows from Hunicke, LeBlanc, and Zubek’s theory of Mechanics, Dynamics, and Aesthetics to illustrate his point about how games can even present meaning. And perhaps, largely aren’t.

“There’s this problem of literacy—if the people on the other side can’t understand what you’re trying to communicate, then it doesn’t matter what you’re trying to say. There’s this challenge in the audience where they look at your game and they just see something that’s fun, or not fun, or whatever—[we want them to] actually see something that’s trying to be expressive in some way. Bridging that gap is going to be one of the big challenges in creating meaningful games.”

But can 2D platformers accomplish this? What about exciting encounters or seamless interfaces? What about challenge?

“I don’t think anyone has nailed down exactly what to do.”

After the gala, some new friends and I head over to Prince of Arcade. An otherwise unremarkable second-floor loft is covered wall to wall with projectors and a DJ. Any visible hardwood is covered by the milling feet of intoxicated young adults playing games, coagulating in conversing groups, looking for the unisex bathroom. In the back a Game Game Videogame cabinet shines brightly. Projectors display PoleRiders, Hokra, Hohokum, and Pico Battle. I’m handed a PlayStation Move controller and a foam sword, and thrown into Johann Sebastian Joust. I win only once, by fluke, by not drawing attention to myself and allowing everyone else to “out” each other.

It’s a dizzying place, full of movement, loud noises and bright colors contrasting the otherwise dim room, but it isn’t unpleasant. I arrived yesterday expecting a commercial and consumer-dominated Neverland dominated by the cynical, the greedy, and the socially maladjusted. Rather, I’m surrounded by passionate, creative, and amiable people who want to pull me into a game I’ve never played and let me learn as I go. I don’t really know what I’m doing; I keep knocking myself out. I’m given some advice—hold the controller close to my body, make no sudden movements—I try again.

Later in the evening, the thinned-out crowd forms a game of Ninja. I stay back. I’m not drunk enough to do this anymore. I already played Joust and ate salmon mousse. I go from being engaged, comfortable, and at home to awkward and foreign again. My nerves kick in. I feel like that poor CBC reporter trying to understand his surroundings, or Patrick Plourde fearful to push the medium into uncomfortable domains. I’m afraid of anything outside my comfort zone. In this moment, I represent the problem with videogames, to some degree.

The thing is, no one here—including people who have made great games, who have spoken at MIGS and IndieCade and the Game Developers Conference—really knows what they’re doing either. Few, if any, are as good at predicting what to do next as Ninja demands, as the medium itself demands. But they’re willing to entertain something new, something interesting, to engage in debate over theories not entirely realized; to wonder, muse, and disagree over what videogames are doing, or aren’t doing, or should be doing. They’re willing to acknowledge our beloved medium’s failings and seek its improvement despite the mistakes and controversies that might lie ahead, ones that they might create. We should all be so bold as to try it.