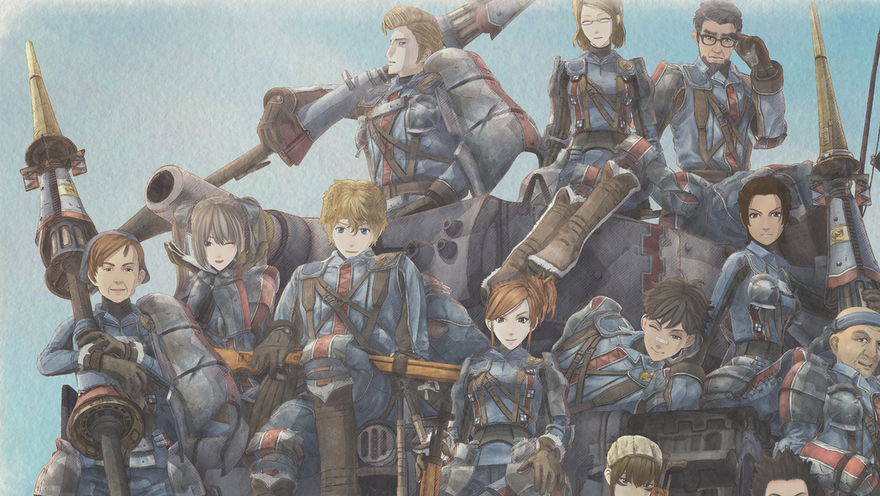 When anyone asks me about the Irish character, I say look at the trees. Maimed, stark and misshapen, but ferociously tenacious. – Edna O’Brien

Nationality is a strange beast. There are a lot of cultural strings attached to the place a person happens to be born in. As an Irishman who has now spent the majority of his life living abroad, I can’t help but be curious about how the rest of the world sees my home turf. I like to think being on the outside looking in gives me a fresh perspective on things, even if it does lead me to gauge my Irishness every now and again. There are no simple answers.

As a people we seem to have been lumped with a myriad of stereotypes. Ask anyone what they think of the Irish and you’re guaranteed to get a wide range of results. Are they lovers or fighters? Worthless drunks or charming poets? It’s all a bit bipolar. Or perhaps they’re just people trying to get by in a country that has seen colonialism, famine and civil war. Mass emigration from its shores, a fight for independence and more recently an increasingly urban and diverse population where old traditions are butting heads with the new. Of course this is all fertile ground for videogames. It is a shame, then, that the majority of Irish characters within games seem to lean on their nationality as a crutch, in lieu of any real character development.

The cast seems to be as diverse as a green field of shamrocks.

One can’t help but notice meeting the same people again and again. The cast seems to be as diverse as a green field of shamrocks. Sometimes you’ll meet the drunk. Maybe you’ll encounter the fighter. In rare occasions you may even find yourself in the presence of the bar-room brawler, the perfect storm of well-worn archetypes. A closer look at the assembled cast bares the point.

Walking into the local pub, survey the regulars. There was Irish from Red Dead Redemption, who was clearly a liar, a swindler and a drunk who would happily sell you out for another bottle of cheap gin. Unsavoury company for sure. Then I met The Saboteur called Sean Devlin. This hard-drinking, hard-driving, womanizing hard man delighted me with tales of reducing Paris to rubble in a petty quest for revenge. The McReary family hosted a collection of gangsters you’d find anywhere in the world, only with more green involved. Finally I met a man called Frank Bilders, a terrorist who regaled me of the time he spent in Africa running guns and handling explosives.

It isn’t so much a rogues’ gallery as it is a group of violent sociopaths with substance abuse issues. This is what Irish people are, according to videogames.

It would be easy to simply accept that Irish have been assigned to this role, and that for the most part people seem to like it when an inhabitant of the Emerald Isle appears, as seldom as that may be. Yet there are the odd oases of originality in this desert of clichés.

It was in the green fields of fictional Gallia, where cannons thundered and men died to stem the expansionist tide of an empire, that I came upon a less-than-ordinary portrayal hunkered down in the trenches. While the main narrative of Valkyria Chronicles focuses on a core cast of characters to drive the story forward, it is similar to recent games such as XCOM or Fire Emblem, in that you can take on more troops with their own skills and personalities. It was among that cast of minor players that I was introduced to a woman called Catherine O’Hara.

The cast take their queue from a wide range of their real-world European counterparts. Two things immediately made O’Hara stand out. First was the name, which could only be more Irish if you added a Mary in there somewhere. The second was the fact that she happened to be a sniper.

There is a somewhat romanticized image of the Irish sniper, as someone who fought against tyranny in the name of freedom. It glosses over the brutal realities of war, and the tragedy of countrymen fighting each other, brother against brother, which the conflict in Ireland ultimately descended into. It is an accessible source of pride for a young mind to latch onto, an army of average people fighting to overthrow their colonialist masters.

This minor avatar has provided a greater sense of Irish fulfillment than any booze-riddled bar fighter.

The Irish nature of this character was then, by all accounts, only surface level, and is quite likely to have gone unnoticed by the vast majority of players. But this minor avatar has provided a greater sense of Irish fulfillment than any booze-riddled bar fighter who usually takes the stage. Catherine O’Hara was a staple in my squad.

While she fought, Catherine ultimately wished for peace. Experiences of the last war in Europa made her something of a pessimist. There was a sense of foreboding that she embodied—as W. B. Yeats said, “Being Irish, she had an abiding sense of tragedy, which sustained her through temporary periods of joy.” In victory she was never anything more than content, with nary a joyous exclamation to be heard. While other more bloodthirsty squad members boasted about landing a grenade in a trench or reducing war machines to no more than scrap metal, and were quick to point out their superiority, Catherine exuded an almost reverential calm, only doing a job that needed to be done. Perhaps the lens of a sniper rifle’s scope grants a distant clarity of battle which is absent when the vanguard troopers go face to face with their enemies in the mud.

That might make her seem cold, calculating and distant, but to that woman every missed shot spelled imminent disaster, because she was endangering her comrades by failing to do her duty. Every friend injured a calamity, a death unthinkable. Running low on ammo, the futility of war would set in around Catherine like a depressive miasma that would only be temporarily dispelled with another win.

She did not wear her nationality as a shield.

Yet it was Catherine O’Hara who saved comrades from the brink of death, dashing from the safety of fortified cover to call attention to the medic. It was O’Hara who shot out the engine of a tank that was bearing down on exposed troops, from half a battlefield away. A key player in the fight for victory. She did not wear her nationality as a shield. Her character arc was not the Irish soldier. She was Irish, yes, but it was her actions on the field of battle, and the emergent narratives that so often flourish from games like Valkyria Chronicles that really made her shine. There was a sense that over the course of the war, you got to know her and who she was underneath the polygons.

O’Hara was simply another member of your squad fighting and working together for a unified goal. There was a personal narrative that gave the character some depth, done so that the characters in the game came across as people you cared about rather than disposable pawns. There was no big revelatory aim she was searching for. No revenge plot. She wasn’t the face of the angry trod-upon working class. There was not one mention of alcohol. Catherine was just an ordinary person. Many other players might not even have noticed her: she was one sniper out of many.

Of course, it isn’t only Irish representations that have problems within videogames. The portrayal of black characters in games are often beset with similar tropes. From Barret in Final Fantasy VII to Augustus “Cole Train” from Gears of War, black characters tend to be muscular, brash alpha males. Fighting games can be a sort of encyclopedia of cliches, whether it’s Dhalsim from Street Fighter or Nightwolf in Mortal Kombat.

In my mind’s eye Catherine would sit alone between battles back at base camp. Not fretting or drinking away the pain, like I am sure so many other Irish characters would opt to. She would take the downtime to rest, reflect and write wartime poetry—Valkyria Chronicles‘ very own Wilfred Owen. The fact that I even considered this side character’s personality outside of the narrative structure shows just how closely she resonated with me. Finally, here was a character that I could relate to on a cultural level.

Irish history has never been a particularly light or happy subject. It is, however, a history of people who have been dealt a bad hand, but have got on with things regardless, greatly contributing to the world of art, literature and a great many others. It is easy to take target at the image of the town drunk or gruff police chief. The comedic ruffian with his tall tales and mysterious ways. It is harder but ultimately more rewarding to convey something positive.

Coming from such a small nation, Ireland’s effect on the world has always been larger than it had any right to be. Catherine embodies a sense that through the sheer force of will, the Irish people are never willing to settle for anything less. In the discussion of Irish identity in games, she is and will remain an important figure to rally behind. This is because Catherine O’Hara is a character who I can genuinely say I am proud to have fought beside, who became a real person rather than an outdated joke and who, for the first time ever, made me feel like a part of something bigger.