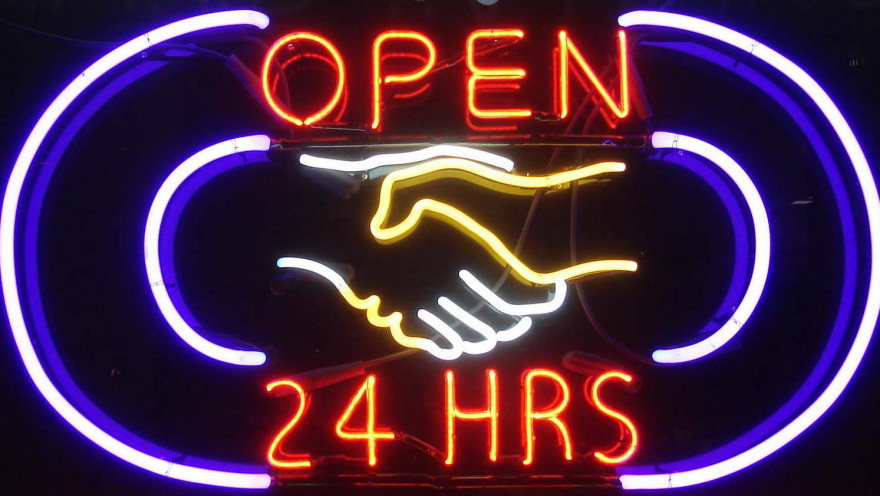 Most videogame players have been keenly aware of time since their very first game. For many of us, it was the clock in the corner of the screen of Super Mario Bros., counting inexorably down, an enemy as dangerous as any pit or turtle. For others, time as a mechanic might have looked more like the slowly accelerating advance of a line of Space Invaders, or even the face of the moon descending on Clock Town over the course of three “days” in The Legend of Zelda: Majora’s Mask. As the technology and design of in-game worlds has advanced, however, possibilities have been created for time in game worlds to become a component of the player’s experience as much as a gameplay mechanic. Always on, server-based multiplayer game worlds, in particular, would seem to make it possible to create persistent, enduring game worlds in which time exists not only as an inhabitable present, but a historical past with tangible impact on the ongoing world.

All of this is well within the realm of technical possibility. In fact, the biggest obstacle to realizing this potential might be our own expectations of what a game world should be.

Tom Chilton, game director for Blizzard’s World of Warcraft massively multiplayer role-playing game (MMORPG) describes time as a design element in a game world that can “flavor the world and help bring it to life.” The in-game world in World of Warcraft operates on a real-time 24-hour day/night cycle, synchronized to servers available to players in their own time zones. Certain items and events are only available at specific times within that day/night cycle, and as players travel through the world they encounter seasonally appropriate in-game weather.

But Chilton also makes a clear distinction between time-specific elements that add “flavor” to the player’s experience, and game elements that are critical to progress within the game. “We don’t incorporate quests that are necessary to continue to level up effectively that only exist during a single time of day because it wouldn’t be fair to people who don’t play during the ‘correct’ time of day.”

60% of players have spent at least ten hours continuously in an MMORPG at least once.

Videogame players spend huge amounts of time in game worlds. A survey of more than three thousand World of Warcraft players published in 2006 by game researcher Nick Yee found that more than 60% of those players had spent at least ten hours continuously in an MMORPG at least once. Within a 24-hour cycle, however, even a marathon ten-hour gameplay session leaves fourteen hours unavailable to a player, and given that the standard business model for MMORPGs is paid monthly subscriptions, developers have a clear interest in creating worlds that are broadly accessible to as many players as possible.

Events with a substantial impact on a player’s ability to progress through World of Warcraft are designed to be available on time scales that are “several days or longer,” Chilton says. “There have been some times that we’ve extended an event so that players have more time to participate. It’s pretty rare that we get player feedback that suggests doing things that are more restrictive.”

As with all creative media, time within videogames is a fascinatingly elastic concept. Batman: Arkham City, for example, asks the player to accept that more than forty hours of story and gameplay take place within a single night for the game’s characters. Animal Crossing contains entire seasonal cycles of plant and animal “life,” as well as holiday events that line up with the player’s calendar in real life. Unlike server-based games, however, in both Arkham City and Animal Crossing, the time-specific features can be manipulated by altering the date and time on the player’s PC or console.

Ian Bogost, a game designer, critic, and Professor of Media and of Interactive Computing at the Georgia Institute of Technology, describes massively multiplayer online games as “more like bars or cafes” than like traditional narrative media. “An MMO can be a real place,” Bogost says, “whereas a game with an in-game clock like Animal Crossing is a simulated place. A place is somewhere that persists while you are away from it, where other things happen that might later affect you in ways you can’t foresee.”

Making each world persistent would cause them to diverge.

As Bogost has also observed, the fact that many online multiplayer games such as World of Warcraft are sharded—hosted as independent but functionally identical worlds on multiple separate servers—interrupts their functioning as “real” places. With the exception of occasional massive game updates, MMO worlds are largely static over time; many gameplay events respawn and can be completed multiple times. Part of the practical reasoning behind this has to do, again, with making the game on each server as accessible to as many players as possible. Keeping the world as consistent as possible between servers, however, is also a factor, and this is one of the reasons that MMO worlds aren’t more persistent. Making each world persistent would cause them to diverge—some worlds might run out of low-level or mid-level game events, making progression difficult, while other worlds might have rare gear available that has already been found on other servers. Major discrepancies between worlds can lead players to wonder whether the grass is greener on another server.

The result of this is that when MMOs consider adding persistent features to their worlds, they can end up resembling the simulated time of single-player games. In an upcoming update, World of Warcraft plans to introduce a Garrison feature, where players can build and expand permanent fortresses for their characters. Tom Chilton describes Garrisons as allowing World of Warcraft to “integrate the concept of offline progression.” Like Animal Crossing, Chilton says, “players do something in the game, set events in motion, and then even while they’re offline those events are progressing. Players assemble all the different materials and then have the base commander or architect start building, and it’ll take some amount of real time before it’s finished. It’s not time that you have to be physically or virtually present, but some amount of real time does have to pass.”

The counterintuitive reality of always-on, server-based, multiplayer game worlds is that most such worlds are designed to function as much as possible as if they didn’t exist when any individual player isn’t logged in. Realistically, “always-on” means “always available,” rather than persistent and independent of any individual player. World of Warcraft has a real-time 24-hour day, and seasonally appropriate weather, but the raids reset every week.

And given the demands that we as players make of our games, this isn’t—this can’t be a criticism. It’s possible to imagine persistent, real-time game worlds, where player activities have a lasting impact on a shared environment. It may even be technically possible to create algorithms for flora, fauna, and natural resource depletion and regrowth, so that population numbers decrease as animals are hunted, and increase as they breed. Many map-based (rather than world-based) multiplayer games rely entirely on player vs. player competition to drive gameplay. It’s possible to imagine a fantasy game where high-level players became de facto bosses to be fought, and where groups of players made alliances to hold territory or fight for resources. An always-on server game would be uniquely suited to stage these conflicts, record the results, and give players the opportunity to build on their victories or regroup after their defeats.

It might, however, be the defeats that make the possibility of a persistent multiplayer game world less than entirely appealing. Most game worlds are distinguished from the real world in that failure is a relatively cost-free outcome. If you die, you respawn. If you miss the jump, you can try again. If the battle goes badly and you lose most of your army, you can build another one. No one, at least within the game, goes hungry.

In the 2010 single-player, open-world game Red Dead Redemption, one of the activities you can pursue, like in World of Warcraft, is hunting animals for skins and meat to sell. Huntable animals are continually generated by the game based on geographic location and time of day, with one exception. Late in the game, there are exactly twenty American buffalo in the plains surrounding the main character’s home. As these animals are hunted, their number is permanently reduced. If the player kills all twenty, then they disappear from the game world entirely.

Of course, as a single-player game, in Red Dead Redemption the player can start a new game and eventually hunt buffalo again. It’s only a simulation of a persistent world. We have the game engines and the server power to build the real thing, but it’s not entirely clear whether we want it.