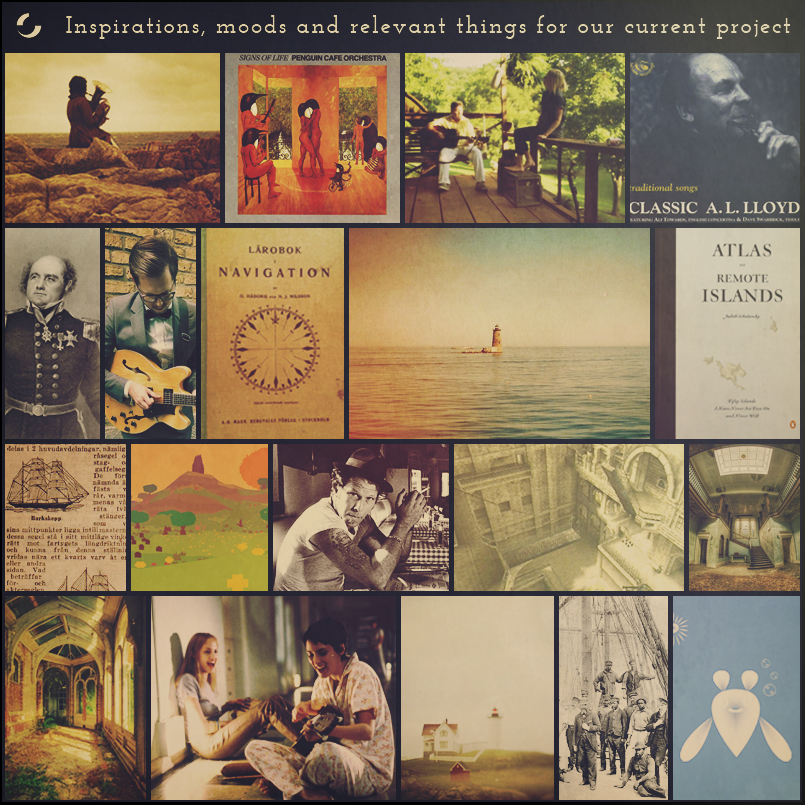 We already know that influences can manifest themselves in strange ways in Simogo games, as evidenced in Device 6’s exegesis. So we should be careful about assuming too much from the inspiration collage for their new project, which appeared on their blog today. But taken at face value, it will involve maritime travel and guitar strumming, apparently.

Knowing Simogo, this could be anything from a post-modern text adventure to a fishing game, but the hints certainly point to a music game, with the green hills of Proteus and the adorable microscopic organisms of Electroplankton featured prominently. That would be a nice return to the musical genre for the Swedish duo, who previously charmed with rhythm game Beat Sneak Bandit. But for now we’ll have to wait and see.