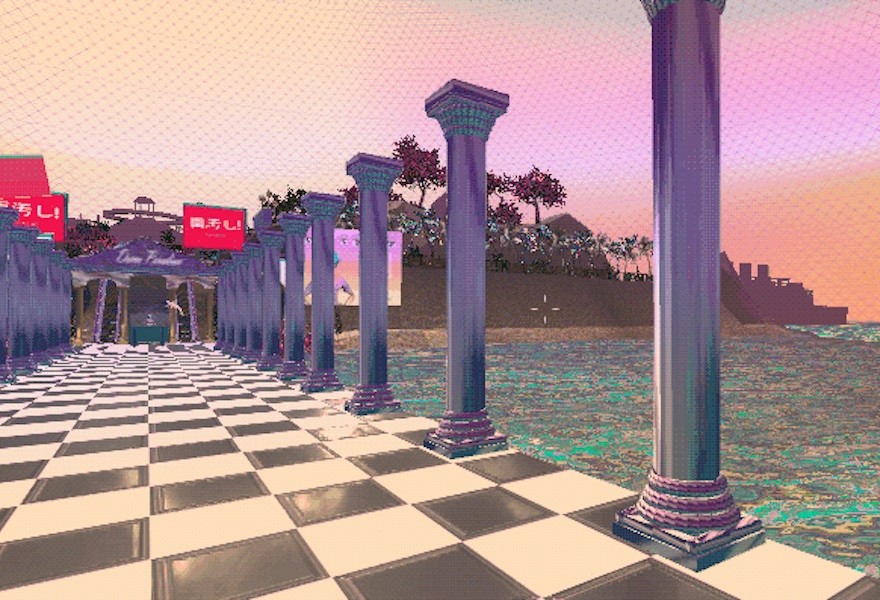 All I wanted to do was write a story about videogames when I found myself on the Tumblr for a game called Broken Reality. Of course, aside from “game” being in the URL, I wouldn’t have known that’s what it was. All I saw before my eyes was a collection of neon kitsch framed within what looked like a desktop running Windows 95. Bewildered, I decided to check the “About” section, where I found lorem ipsum, latin gibberish commonly used as placeholder text in graphic design. Perfect. I then noticed a pop-up on the side that encouraged me to like the game’s Facebook page, which was suspiciously modern for a site that looks like it was built by my mom, even if the pop-up also featured an out of place flashing animated graphic of a tropical island.

I feel like there should be a virus on my computer

The Facebook page, though, contained my answer: “Broken ?????? (Broken Reality) Is a First Person Narrative Driven Virtual Reality Exploration Video Game Currently in Development.” Aha! So this IS a videogame! The Facebook page contains more tongue-in-cheek clip art and knowing kitsch which almost reminded me of the Arcane Kids’ school of parody.

I wasn’t yet sure if I could write about this thing, so I decided to let it wait a few days and check back later. Today on the site, I found a link to a newly posted trailer. Well, newly posted to the website, at least. The trailer itself has been up on YouTube since October of 2014. Still, maybe I could finally learn what, aside from a sense of irony, this thing was about. The trailer features an unseen user logging into Natem, an operating system which recalls ’80s visions of VR, as a voice proclaims the OS to be the “most advanced operating system of the 21st century” and beckons the user to enjoy the “virtual network where you can enjoy your time doing your daily chores in a beautiful environment … without any harm.”

daily chores in a beautiful environment…without any harm

This is about as far as I’ve been able to crack the game’s wall of too-cool-for-school mystery, but the screenshots uploaded so far, along with the premise described on the Facebook page and in the trailer, make it out to be a sort of combination of Myst, 1984, and late ‘80s/early ‘90s web design.

You can keep up to date with Broken Reality on its Tumblr. Meanwhile, I’m going to make sure my copy of Avast is up to date.