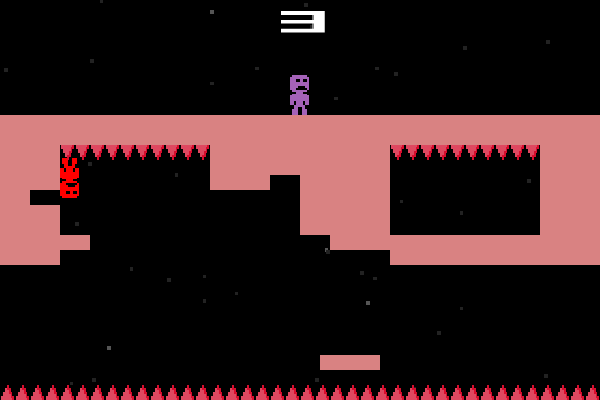 Pippin Barr is a stalwart example of a videogame scientist. He’s one of only a few who fit that title—people who constantly experiment with videogames, testing their boundaries, remixing their components, taking curious lines of thought to their furthest iteration. Take his latest as an example. Called Indie Bungle 2: Breakout Indies, it imagines for us the games that a “shitty cloning company” (specializing in clones of games to turn a profit and not, say, sheep or humans) would make had it only the technology to produce variations of Atari’s 1976 arcade classic Breakout.

This idea didn’t come out of nowhere. He’s taken two of his previous experiments—which we can imagine as conical flasks full of bright liquid—and mixed them together. The first one is Barr’s 2013 game Mumble Indie Bungle, which shows us the games a cloning company would make if it heard the titles of the games it was cloning incorrectly (i.e. they were mumbled, get it?). The second one is his 2015 game tapestry BREAKSOUT, which remixed Breakout a total of 36 times. Imagine them now, in those conical flasks, Barr stood with one in each hand, crowing over them as he pours them into each other to create a new, wild videogame mixture. And voila: Indie Bungle 2 bubbles and froths out of the hissing liquids.

The result takes five recent ‘indie games’ (read this if you’re wondering why I’m tip-toeing around the term) and applies their look and either their themes or mechanical idiosyncrasies to Atari’s basic arcade game. All of what Barr achieves here had me recall a line from last year’s The Beginner’s Guide. It’s delivered by the honeyed voice of the game’s creator, Davey Wreden, who says: “Every videogame runs on what’s called an engine, which determines what the game can and cannot do. So in other words the engine is a set of tools for game development.” That’s not the particular line that popped up in my mind. That comes a few seconds later: “The tools available to the creator shape what kinds of creative work they’re going to end up making.”

These are obvious facts but ones that probably aren’t considered enough given how much they impact a game someone has made. In fact, there’s a whole history of technology shaping art: the rise of oil-based paints in the 15th century meant painters could blend colors better than with the egg-based paint before, changing how they thought about light and illusionism; the invention of the Vitaphone sound-on-disc technology led to cinema’s first musicals in the 1920s; the 1967 Beatles album Sgt. Pepper’s Lonely Heart’s Club got its sound due to new production techniques like varispeeding and the wah-wah pedal—the medium truly is the message. And Barr’s experiment is one that explores this.

He limited himself in order to better discover how a game can be molded by the restrictions of the tools used to create it. He shows us the simple importance of considering what you’re going to use to make something, as well as the how and why. This is true for all creative works. We like to think of art as the pure gift of a talented designer’s hand but often their skill is born in a learned pragmatism; simply knowing what the available tools are able to do and how to make the most of it.

this opens up new potential for a 40-year-old game

At the same time, Barr also attests to the creativity of the author when faced with blockades in Indie Bungle 2. The Breakout variations he has fashioned are not as ridiculous or poorly adapted as you might think. They’re actually rather smart. The five games re-purposed include Justin Smith’s endless and deliberately bland sports game Desert Golfing (2014), the playful take on childhood explorations of sex with plastic dolls how do you Do It? (2014), Barr’s own videogame adaptation of Marina Abromovich’s long-duration performance The Artist Is Present (2011), and Terry Cavanagh’s invert-jumping platformer VVVVVV (2010).

But the one I want to highlight is Barr’s Breakout version of Tale of Tale’s 2008 musing on death, The Graveyard. Barr has you tediously break through a solid rectangle made of many smaller blocks in “The Grave Breakout.” Not helping matters along, the ball drags itself around the screen in stops and starts. It matches the frail walking pace of the old woman in the original game, the grayscale pall of death hanging colorlessly over the screen. It works. But where it gets especially interesting, at least for me, is when you make it to the bench on the other side of the screen.

You’re rewarded for your patience with something unexpected. Barr has created a way to deliver spoken narration through Breakout. You have a series of blocks to break, as is typical, but each one unlocks the next word in the sequence—rather than each block corresponding to a randomly assigned word so that it would produce gibberish. In this way, sentences are formed as you play, and an abstract story delivered. Barr’s unexpected discovery here seems almost profound; a fresh spin on an old arcade game that has it work surprisingly well as a narrative tool, and all without sacrificing the original format and its challenge. Insignificant as it may seem, this opens up new potential for a 40-year-old game, it now being another tool in the game narrative designer’s kit. Now, imagine how much space there is left in more modern game engines, for them to deliver more than yet another 2D platformer (a la GameMaker) or yet another first-person exploration game (here’s looking at you, Unity). Indie Bungle 2 suggests it’s a lot.

You can play Indie Bungle 2: Breakout Indies in your browser.