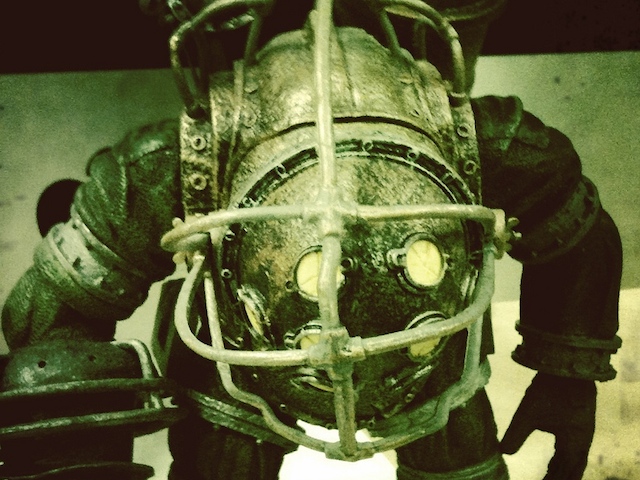 Possibly the only live-action role-playing game (long for LARP) cool enough for me to actually consider playing, IRL Shooter (short for in-real-life) is the popular game native to Australia that blissfully unites laser-tag, a haunted house, and the campaign mode of first-person shooters. If the prospect of spraying invisible bullets at circus performers painted as zombies sounds appealing to you, this is your game.

The good folks at PC PowerPlay extensively interviewed the showrunners, and buried within the pages and pages of talk was the admittance that the designers had embedded moral dilemmas into the chapters, much like you’d find in BioShock or Far Cry 3. But in IRL, virtual characters are replaced with flesh-and-blood human beings, so the arbitrary moral dilemmas of videogames became an experiment in social psychology.

Dave: You’re aware of the Stanford experiment that happened in the States in the 70s? It was a Berkeley psychology experiment. They got a group of students, made some of them prison guards and some of them prisoners, put them in a realistic prison environment, and watched them for a few days. And things went south real quick.

The designers, who surreptitiously monitor the game with cameras from a control room, say they have observed similar interactions between the actors and the players in their game.

Dave: To a degree, we have the same thing. We have these elite soldiers who are in charge of the grunts. Some of our cast have taken on those characters to such a degree, that the grunts who come through as players, well, it’s been quite interesting how the dynamic has worked between the two.

Some of the players are submissive [to the elites] because it’s usually an older guy who’s quite vocal and strong and determined. Some of the actors have been very full-on with the players. [When he directs them to kill an innocent character,] the players totally believe him. The conversations [go like this]: Should we shoot her? He told us to, but I don’t know if should do it. Then, the [elites] go, “Take her out, take her out.” And, the players say, “fuck it.” BANG.

That’s a moral choice the player makes right then and there. Shooting the infected horde is a victimless crime. Who cares? They’re zombies. But when you’re looking at a person, actually looking someone in the eye and pulling the trigger, and knowing that in the game, you’re taking them out. . .

. . . it’s harrowing. While moral decisions in videogames are rightfully derided for being disingenuous and binary, IRL’s tough choices capture the darker side of human nature, and reveal how when people are thrust into a position of power, they are inclined to act on it, such as the soldiers did in the Iraq prison abuse scandals, or the audience participants in Rhythm 0, 1974 who stabbed Marina Abramovic with thorns and pointed a loaded gun at her head.

After considering that, I realize I’m just fine with the rather arbitrary Sophie’s Choices most games offer. I have no desire to feel like an execrable jerk during my fun gaming time.