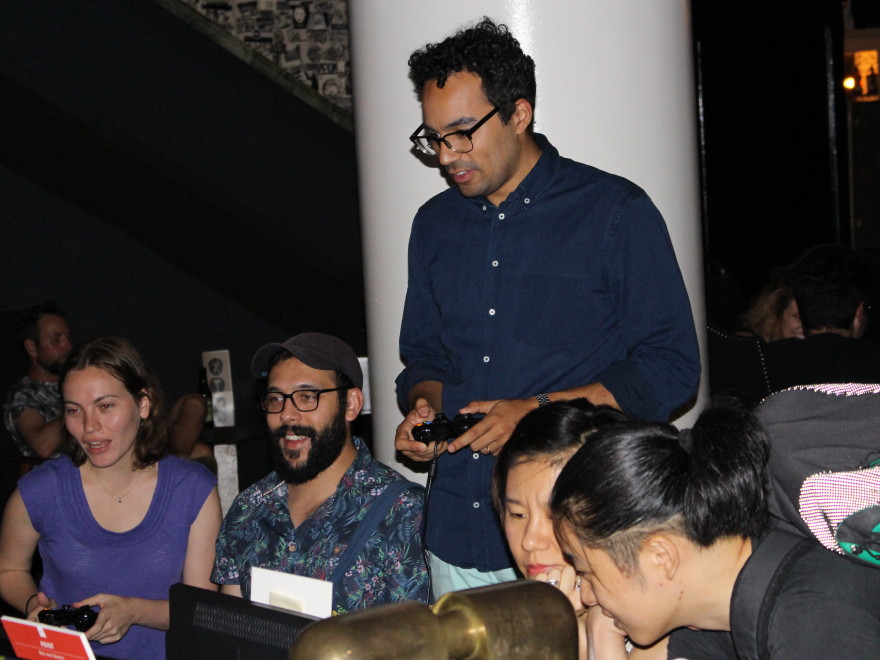 Hoops were scored, trees were pruned and two hearts were united at the Ace Hotel last Tuesday night. If you missed Playlist, our monthly public arcade, here’s what we were playing:

Through minimalist design and a meditative soundscape, Prune builds an atmosphere for creation rather than competition. This is a space for calm cultivation only, where a virtual garden springs forth a very real peace of mind.

If your passion involves mixing paint to attain specific tones, then Specimen should come easy to you. Is it that shade of purple you’re after? Or is that one?

In Tough Love Machine, as in real relationships, there is no undo button. Though this puzzler has a simple premise–unite two hearts–things can get more complicated than you might expect.

The makers of this game want to thank you for backing their Kickstarter. In fact, they want to make sure you’re involved every step of the way.

In the darkly alluring forest of Feist, it doesn’t matter how adorable you are; you are small, you are squishy, and unless you master your environment, you’re going to die.

Kasketball is a game of surprising strategy and temporary alliances. It’s also a game about a bunch of race car drivers playing basketball. Like whiskey and pickle juice, the combination turns out better than you might expect.

In Badass Inc, you’re a feline contract killer on the trail of a pricey target. Your gun is loaded, but you’ll need to think a bit more outside the litter box if you want to get paid.

Reflections is set in a world much like ours. Your choices not only shape the story, they literally color the world around you.

Want to hear about the next time we play a bunch of free games in public? Sign up below.