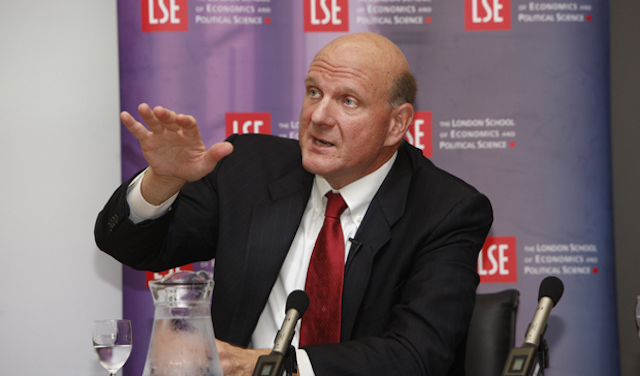 An interview at Wall Street Journal painted Microsoft’s outgoing C.E.O. as an old battle ax at a company who is trying to move with the agility of a fencer. “Maybe I’m an emblem of an old era, and I have to move on,” he said. “As much as I love everything about what I’m doing, the best way for Microsoft to enter a new era is a new leader who will accelerate change.”

The question becomes what does Ballmer’s retirement mean for the soon-to-be-released Xbox One. There has been some speculation by investors in recent weeks that the company that Bill Gates built is bleeding money in the Xbox division, despite balance sheets to the contrary. Other noisy people on the internet have called for Microsoft to get out of the game business altogether. This seems unlikely, but should we expect change?

After all, the Xbox One is very much entrenched in an old way of doing things, still more or less pursuing the same mission statement that was established with the original Xbox, etched out in 2001. While the consoles have advanced, the pursuit of online connectivity, powerful hardware, and realistic graphics has remained. Microsoft has invested a ton of resources in their Trojan horse of the living room, focusing on voice and gesture recognition, television content, and family games. But is the living room shaping up to be as lucrative in 2013 as Microsoft thought it would be? The only thing to do is wait and see.