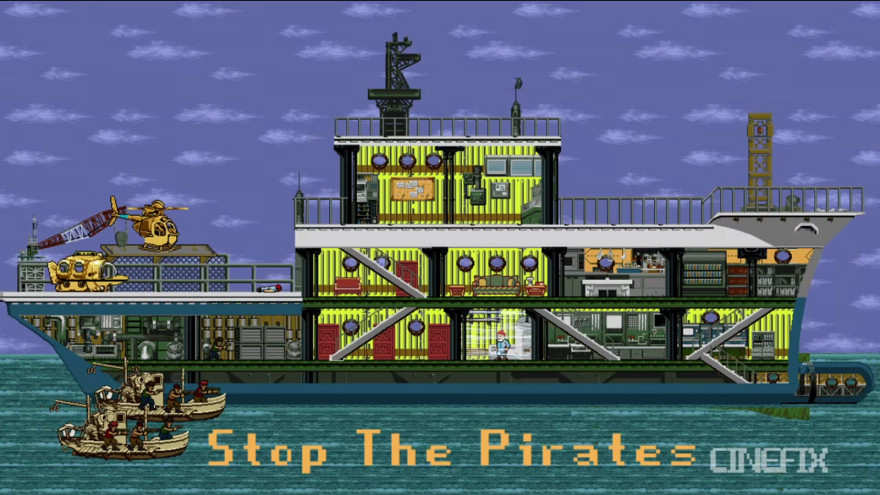 Wes Anderson’s The Life Aquatic With Steve Zissou is a film about digressions. It is a story full of digressions gussied up to appear as if it were a linear narrative. On a metatextual level, its titular protagonist attempts to deal with grief by making a film about his quest for revenge on a whale, a film that tries to transform Steve Zissou’s digressive life into a cohesive story. All of this plays against the backdrop of Wes Anderson’s visual language. The director’s camera moves in a linear fashion through self-contained vignettes. The Life Aquatic counters narrative sprawl with spatial limitations.

The tension between the digressive stories and linear mechanics is by no means the sole preserve of Wes Anderson or even of filmmakers. Games, particularly of Super Mario Bros. 2’s ilk, traffic in this conflict, jumping up-and-down and back-and-forth from point A to point B. These shared tensions come to the fore in Cinefix’s 8-bit reinterpretation of The Life Aquatic With Steve Zissou.

It is admittedly facile to point out the similarities between games and a film when the latter is made to look like the former. But there is a reason that two nominally disparate forms can be made to look the same; they both offer similar possibilities.

When playing a game, you feel like your character can go anywhere. Even if you feel completely free, however, your movements are limited to those foreseen and proscribed by developers. In Super Mario Bros. 2, you could jump up-and-down for hours. Doing so was digressive but it also kept you on the game’s relatively linear path. In a similar way, Cinefix’s The Life Aquatic With Steve Zissou eliminates spatial depth to highlight the ways digressions are really part of a linear narrative. Zissou may jump up-and-down emotionally but his trajectory is proscribed.