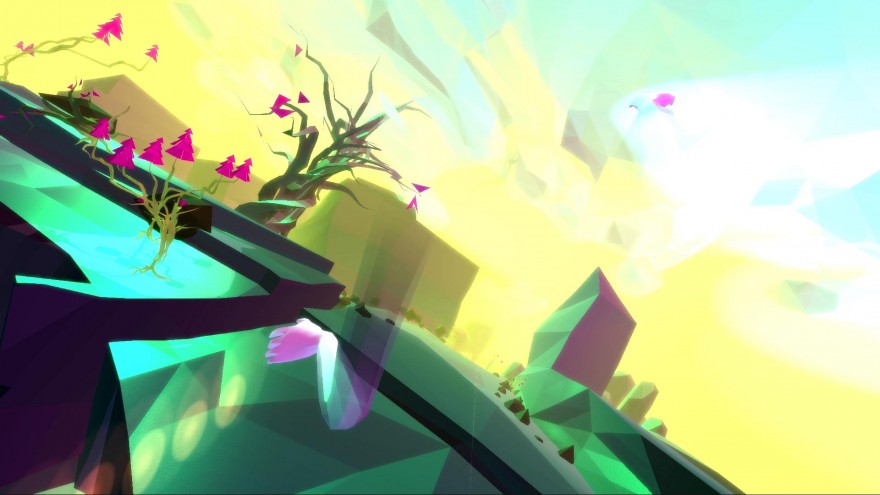 Designers at Lucid Trips have announced Whateverland, a game world that is also a virtual reality art gallery, allowing players to explore on personal VR devices. Players will be able to propel themselves as a pair of dissociated arms through a colorful “Dreamplanet” and interact with pieces that can be later bought in the form of a 3D print. The gallery will feature the work of prominent German artists Gero Doll, Rolf Bergmeier, Neo Rauch, and Daim.

The designers hope to make their project cross-platform—inclusive of Oculus Touch, HTC Vive & Lighthouse, and Sony’s Project Morpheus—using dual hand controllers. They aim to make control intuitive and simple; players simply push themselves off the ground, and this mechanic allows for actions as diverse as swimming, walking, and flying. Though their world can be explored sitting or standing, Lucid Trips also includes a rig and hanger for players to suspend themselves from the ceiling and a device to simulate airflow—that is, drag and drift—to create a more immersive “flying” experience.

Whateverland is only the first planet in what they hope to eventually be a diverse “solar system” of Dreamplanets, eventually including user-created content.