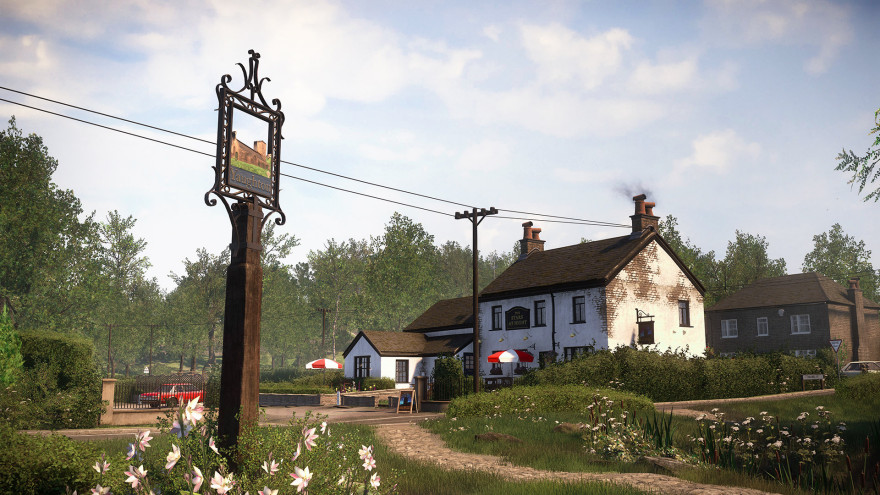 A lot is going on at The Chinese Room at the moment. Perhaps not as much as before Everybody’s Gone to the Rapture was released, or necessarily more than any other studio out there, but what is going on is being documented in surprisingly personal and honest blogs. This is going to start off grim and then slowly get less grim, so stick with it. We begin with the studio’s co-founder Jessica Curry who had a “horribly hard post to write.” In short, she’s leaving (sort of), but will continue to compose music for the studio’s games.

The reasons for this are heartbreaking. Firstly, she’s ill with a degenerative disease. She says this means that her health will only continue to deteriorate with time. What a crushing thing to have to accept. That Curry has managed to do so, even if partially, and admitted that she needs to step away from the work environment slightly, is surely a sign of true strength. “I pushed myself to the edge of a precipice on Everybody’s Gone to the Rapture– I thought if I kept running then I could always keep the disease just out of reach. I was so wrong,” she writes.

Secondly, Curry describes her time working with a videogame publisher for the first time on Everybody’s Gone to the Rapture as a “desperately toxic relationship.” Yikes. “Big business and the creation of art have always been extremely uncomfortable bedfellows and making Rapture proved to be no exception for me.” Curry says that seeing this side of making videogames has caused her to want to get away from it all. She refuses to accept that whatever she experienced to be the way things are, and that they cannot be changed, as was the general sentiment when she spoke up.

Finally, and most painfully, her crusade to prove that women have a vital role in the games industry will have to be passed on to others. She says that she experienced discrimination again and again as her husband and other The Chinese Room co-founder Dan Pinchbeck got all the credit and praise for their work. She has always been presumed to be the PA, or simply referred to by her marital status, or been left out of mention entirely when the studio is discussed.

Then there’s this crushingly personal anecdote that Curry shares:

What Curry will be moving on to beyond The Chinese Room is a large-scale music project with Carol Ann Duffy, who is The Chinese Room’s current poet laureate. “What Rapture made me realize is that I’m actually pretty good at writing music and by God, it makes me so wonderfully, dizzily happy,” Curry writes.

Before moving on, though, Curry wrote about the many processes that went into creating Everybody’s Gone to the Rapture‘s wonderful music. Her enthusiasm bounds out of the text, but it makes for an interesting read also due to it revealing how these large orchestral scores are managed.

It was something different for Curry, who says she was used to keeping everything stored in her head, but was working with orchestrator Jim Fowler on the music. Consequently, everything was organized into condensed spreadsheets, proof-read, and then Dave Foster’s scores were written for the instrument players’ ease (“They are the most beautiful scores I have ever seen – they are actual works of art,” Curry recalls).

“a pretty serious departure from our normal games.”

The whole post goes further into what it was like working with Sony Music and the orchestra itself in the studio. Curry also takes a moment to praise singer Elin Manahan Thomas and her voice. The ardour here is worth a read alone: “All I can say is what a voice. I have never heard anyone like Elin and I doubt I ever will. The purity, the beauty, the sheer soul that bursts from her when she sings- it’s incomparable. She’s also really lovely- you’re probably getting sick of me saying this but ’tis true.”

Moving onto the third and final recent post from The Chinese Room, this time Pinchbeck is the writer, and he’s looking towards what’s next for the studio. At the moment, the studio is in a transitory state, both between a finished project and starting a new one, and in the process of moving offices. This has given the studio a rare chunk of time to reflect and plan what it’s going to do going forward.

Still, there are prototypes already underway for a project that will hopefully be exposed in a couple of months. One of those prototypes is called “Total Dark,” funded by Creative Europe, and that Pinchbeck teases will be “a pretty serious departure from our normal games.” Oh, there’s a teaser image for that, too. Looky looky:

One last thing to note is that The Chinese Room recently got an HTC Vive—the most impressive virtual reality headset around right now—and has been playing around with that. The result of this could be the studio’s 2012 poetic first-person game Dear Esther being adapted for virtual reality. “So it’s all go,” Pinchbeck concludes. “We’re not very good at taking it easy.”