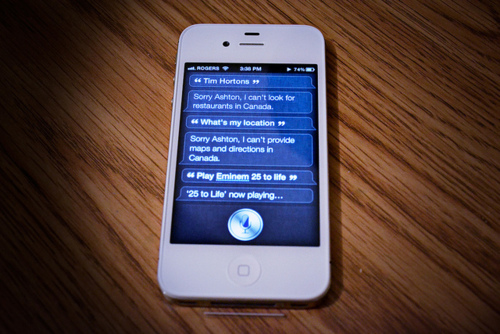 Here’s something Microsoft and Sony should start chewing on before announcing new devices. Laura Wattenberg, writer for Slate and purveyor of BabyNameWizard.com recently talked about the rising trend of bestowing more human names on our technology, focusing specifically on Apple’s newest handheld cyborg Siri.  She writes that:

Using a human-style name reflects our relationship with the thing being named, and shapes it, too… Assigning a name to a car or other possession is both a sign of growing affection and a spur to further bonding.

While it may seem like merely a novel marketing ploy from Apple to create more buzz for their product, Wattenberg believes there is greater significance to Apple consciously naming their latest technology after a Scandanavian pet name.  She interestingly chose Siri as her BabyNameWizard.com name of the year for 2011, and her motivation for doing so is quite interesting:

I look for a one-word time capsule, a name that will later tell a larger story about what was going on in the culture that year.

Her claim that over the past few years we have been taking greater steps to simultaneously “brand” our children and “endear” our gadgets through shifting naming conventions is an interesting one, though I don’t think we really have to start worrying until the iJanes and Peter2.0s start showing up on classroom roll calls.