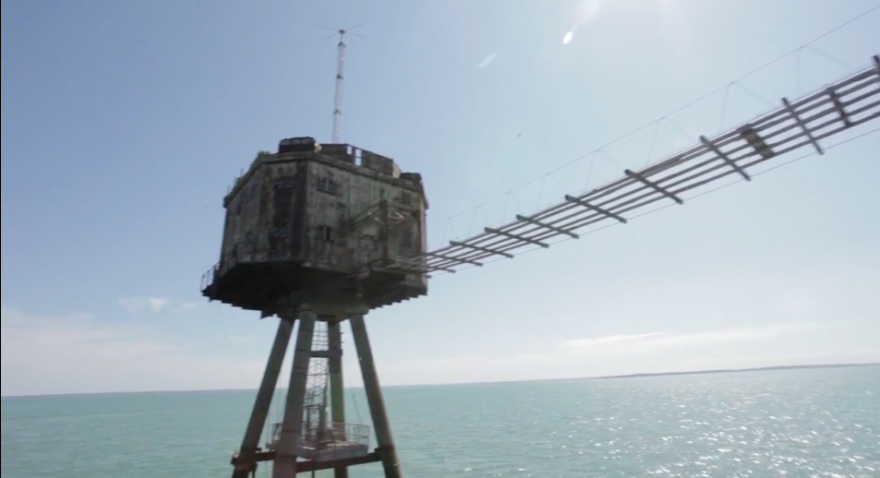 In 1942, two years after the Battle of Britain, the question of how to deter or fend off future German attacks on the British Isles remained urgent. How else to account for the Maunsell Forts, a series of structures in the Thames and Mersey estuaries that sat atop pylons and served as platforms for guns to shoot down German warplanes. Some of the forts look like what you’d get if the Walkers from the original Star Wars films tried to walk on water.

What is to be done with these forts, which sit in various states of disrepair and were decommissioned since the 1950s? The abandoned structures have been put to various uses over the years, mainly as pirate radio stations in the 1960s. A former British Army major, Paddy Roy Bates, ousted pirate radio operators from HM Fort Roughs in 1965. He started his own pirate radio station and later declared the fort to be the Principality of Sealand—motto: From the sea, liberty. Within the next decade, Bates had introduced a flag, an anthem, and even passports.

In the 1970s, Bates considered an offer to turn the Principality into a casino. Perhaps it could have become a less glamorous version of that other principality, Monaco. We’ll never know. The deal went south, leading to an armed standoff and the formation of an alternate government in exile for a nation whose sovereignty is not recognized by a single state. Bates died on the mainland, but Sealand did not exactly die with him. Donations are accepted on its website, where one of the most popular searches appears to be people asking if the Principality still issues passports.

Think BioShock, but above sea level

All of this is a roundabout way of saying that the current plans for another series of Maunsell Forts feel a bit tame. The American artist Tristan Eaton is currently raising funds to paint a maritime street mural on the Redsand Sea Forts. He is raising funds for the project on Kickstarter, where he claims to have received permission for the project. (The Spaces cites his Kickstarter yet reports that the project lacks approval.) Eaton’s secured the support of prominent artists and released an entertaining enough video explaining the project (which would spawn a documentary, naturally). It’s worth a watch:


The drawings of Eaton’s mural project are nice enough. So too are the renderings of a rival proposal to turn the series of forts into a fancy hotel. Think BioShock, but above sea level: 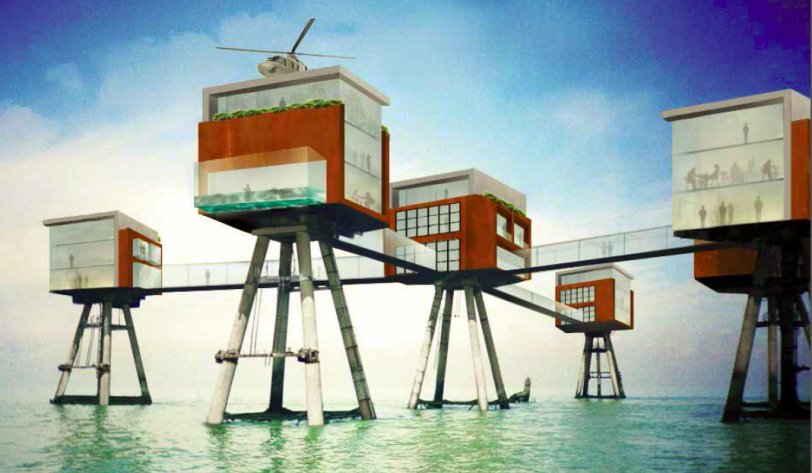 If nothing else, these ideas are all more compelling than a plan from the ‘90s to turn the Redsand Sea Forts into a data centre. All of these projects, however, feel sterile when compared to Sealand. One can’t escape the sensation that most of the excitement to be had from these ventures can be experienced by looking at renderings. Perhaps this is how things have to go: Sealand’s history cannot easily be reproduced. Its existence, however, suggests that a special type of weirdness off Britain’s coast. Does the sea really need to be gentrified?