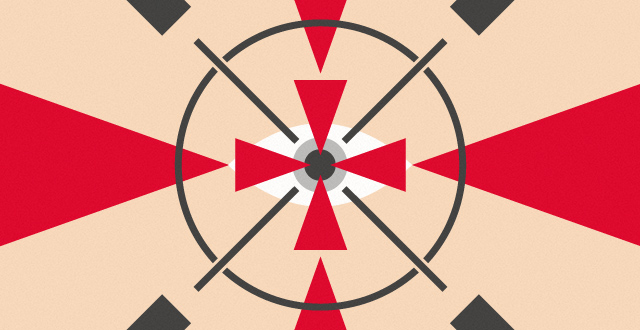 In a year when almost every critic gave Red Dead Redemption a near-perfect score, why didn’t anybody tell me that I needed to play Call of Juarez: Bound in Blood? I get it: You enjoyed the sense of place created by Redemption‘s open range. You got to ride a horse that felt natural, its animations smooth and intuitive in reaction to the environment shifting beneath you—maybe, like I, you grew to love your horse more than the human characters around you. You could hunt and skin critters; some of them fought back, ambushing you while you picked flowers. You were given a choice between playing the tragic hero or the reckless desperado.

The Western genre in cinema focuses on a rich contrast between naïve realism and technological determinism. It’s about a tyrannical hierarchy of civility descending upon a space and its people. The federal government imposes its new order over the settlers and the cowboys, who only recently participated in the brutal subjugation of the land’s native people. Both Redemption and Bound in Blood aspire to capture the characteristic themes of alienation and revenge in their cut scenes and voiceover, but we only see glimmers of this complexity in the play itself: In the same way that Unosuke’s revolver signals impending doom for Yojimbo‘s samurai, both games foreground the terrifying power of the newly invented Gatling gun.

It’s my contention that videogames won’t be able to capture the systemic complexity of historic periods without first developing the mechanics of basic, iconic scenarios. In the Western genre, this means capturing the psychological and technical nuances of the showdown. These are the scenes that clearly label our heroes and antiheroes, collapsing a multilayered power relationship to a battle between two distinct personalities.

A proper showdown requires very little: two groups of people with an intimate knowledge of a firearm and a reason to fight. I relish the tension in the Duke’s furrowed brow as he prepares for a duel in a dusty street. I wonder at the baffling dexterity displayed by the Man With No Name when he hammers his revolver to take out a room full of thugs. And I’ll admit to getting a bit teary in the eye every time I remember Butch Cassidy and the Sundance Kid making their final, desperate assault from a doorway with dual revolvers blazing.

Red Dead Redemption removes everything that distinguishes these scenarios, rolling gunplay into the “Dead Eye” system. Press down the right analog stick and start painting the body parts of your enemies in slow motion. Depress the trigger, and John Marston executes all of your planned shots in quick succession. The experience becomes incredibly clinical once you get over the beauty of the ragdoll effect. Marston is presumably so wonderful a gunslinger that he requires only trivial effort from his player. This is amplification of input taken to its logical extreme.

In Redemption‘s duels, meanwhile, a blue dot on your mini-map shouts at you and spits. You press a button to agree to murder him, walking toward a yellow X. You sit through an introductory cinematic, during which the name of your opponent is displayed; this baffling personal touch does little to help you understand who this person is or why he wants to kill you.

Then you go into slow-mo. You’re locked into place and forced to regulate the accuracy of your shots. Your reticle expands and contracts as you plan out your shots on his body; you tap the bumper when the reticle is small to guarantee accuracy. Each shot you plan adds a notch in a meter, and you need to make sure your meter is higher than your opponent’s by the time the sequence ends. Marston fires, and the stranger falls to the ground in a mist of blood.

Who shoots somebody eight times in a duel? Earlier on in Redemption, when the requirements for filling the meter are more forgiving, you can end a match with a well placed disarm or shot to the head. As your opponents get “harder,” you’ve got to fill up more of your meter to survive, making such elegant finishes impossible. The mechanical metaphor here becomes convoluted: What does my target marking signify? Is Marston mentally planning to shoot this opponent eight times? Why would that make him quicker on the draw?

Contrast this setup with the duels of Bound in Blood. You and your opponent square off, the camera dipping to below your avatar’s right hand. As your opponent sidles left or right, he goes slightly out of focus. You need to match his sideward motion with your left analog stick, going in the direction opposite his, to ensure a clear shot. With your right analog stick, you control your shooting hand. You have to keep your hand close to the weapon, but not too close; an over-eager collision of the two elicits a brilliant, fourth-wall-breaking reprimand from your avatar (the shooting hand’s finger issues a short, wagging tsk-tsk).

Bound in Blood‘s duels don’t end when some farkakt meter fills up, but when a bell tolls. At the sound of the toll, you’ve got to navigate your right hand to the gun in your holster. Time slows as you pull the revolver up and toward your enemy. A reticle appears, moving inexorably toward your target. You have to choose when to take the shot: Do you pull the trigger as soon as the reticle passes near his closest arm, or do you wait until it’s closer to his core? As enemies become harder, they get quicker on the draw, so you’ve got to gradually improve your performance in all of the above procedures. There’s no need for a psychological metaphor here, because the player controls each motion required to attain the overall goal of survival.

Bound in Blood breaks the duel down into three separate actions, providing a tension analogous to the Western film’s long takes and extreme close-ups. But it doesn’t just articulate the performances of one-on-one duels. Throughout the game, a number of first-person scenarios simulate Butch Cassidy’s act of busting through a door with two revolvers and taking aim at a room full of foes. Two reticles move from the outside edge of the screen inward as you take shots from either revolver. In one character’s “Concentration” mode—similar in concept to Redemption‘s Dead Eye, but more effective in execution—you flick the right analog stick to emulate the Man With No Name’s signature hammering. These mechanics respond to cinematic tropes in a way that Redemption doesn’t, providing characterization and style by way of conscious intertextuality.

Maybe Call of Juarez: Bound in Blood is little more than a corridor shooter. It certainly doesn’t aspire to Red Dead Redemption‘s levels of historical commentary and exploration. But in its frenzy to capture the depth of world design that characterizes the Grand Theft Auto franchise—the feeling of living, breathing social and natural environments—Redemption neglects its gunplay.

This may seem like an absurd valuation, but, in the Western genre, showdowns bring the social networks of power and desire down to the level of the individual. Our avatar is the window to a possibility space that we can only grasp in fragments. If we can’t connect with our player-character on a psychological level during something as simple and singular as a showdown, how are we to feel what he or she feels in the face of more complicated kinds of adversity?