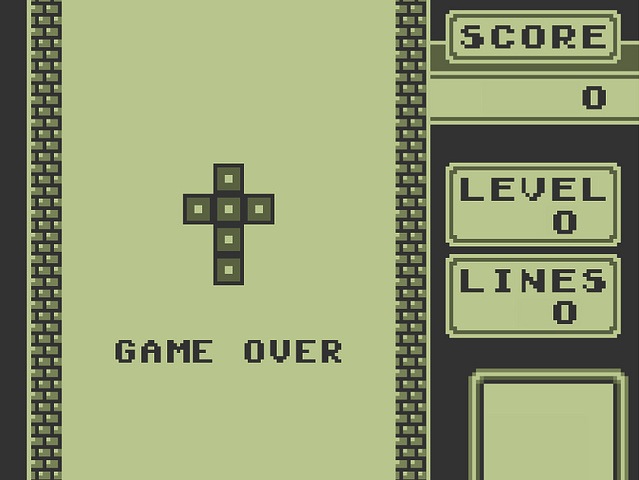 Like many, I’ve always had a fascination with Tetris. In Indie Game the Movie, Fez designer Phil Fish says that, alongside The Legend of Zelda and Super Mario Bros., Tetris completes the trifecta, and he’s right. There is something about the futile search for perfection in the inexorable rain of twisting polyominos that is intrinsically self-fulfilling.

But what happens when Tetris masters achieve perfection?

That theme was mulled over in an illuminating article by Chris Higgins, who profiled key savants on the competitive Tetris scene. It’s a completely fascinating read: one of the subjects works at a blue tape shop. While the kill screen doesn’t happen too often, the elite players of the NES version of Tetris can reach a game-ending impediment when the score table tops out one point short of a million.

Mullen and his wife, Mary, return to Minnesota after the loss on September 30. But Mullen doesn’t quit. At home he plays what he calls “Rage Tetris,” inspired by frustration. Exactly one week after his Championship loss, Mullen posts a photo on Facebook: It shows the NES Tetris high score screen, revealing that BEN M has achieved 999,999 points.

This is only the seventh time anyone in the world has achieved this feat.

But after years of practicing to get to the top, they are left unfulfilled. (BAM! Another perfect Tetris allegory right there.) So what do they do? They switch over to the Tengen version because the score loops back to the beginning.

Tengen Tetris differs from NES Tetris — it has a multiplayer mode and a co-op mode, and most importantly it reaches a stable top speed. Unlike NES Tetris, which speeds up with every level, eventually breaking most players with the brutally fast level 29 “death screen,” Tengen Tetris tops out at a comparatively leisurely pace on level 17. This, combined with a score counter that flips over and restarts19 rather than stopping at 999,999, means that Tetris masters can play indefinitely, limited only by endurance.

Limited only by endurance. Let that marinate.

It’s tempting to ask: why do they do it? But I think that’s the wrong question. Why does anybody do anything? Because they have an aptitude for it, because they are naturally better than others at it, and because they are drawn to do it. I for one look at these heroes of the fallen block with admiration. After all, I was never able to get much further than the hundredth line.